Washington Square, also known as Washington Square Park, is a park in Chicago, Illinois. A registered historic landmark that is better known by its nickname Bughouse Square (derived from the slang of bughouse referring to mental health facilities), it was the most celebrated open air free-speech center in the country as well as a popular Chicago tourist attraction. It is located across Walton St. from Newberry Library at 901 N. Clark St. in the Near North Side community area of Chicago, Illinois, USA.[2] It is Chicago’s oldest existing small park.[3] It is one of four Chicago Park District parks named after persons surnamed Washington (Washington Park, Harold Washington Park, Dinah Washington Park). It was added to the National Register of Historic Places on May 20, 1991. 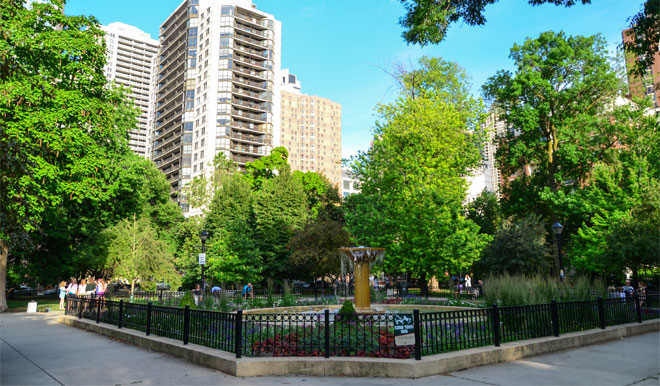 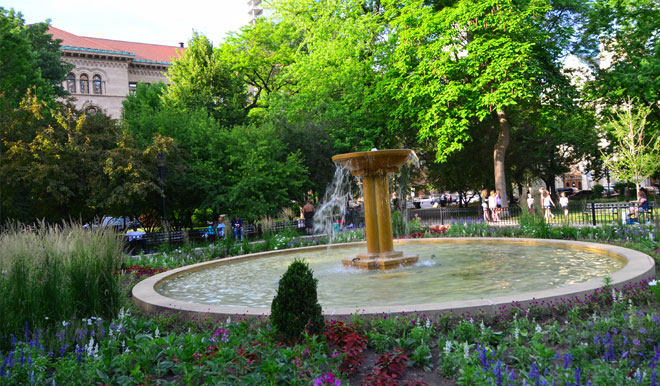