Opened in 1917, the Marshall Square Theatre was designed by Alexander Levy, who later teamed with Frederick Klein to go on to design some of Chicago’s greatest movie palaces, like the Granada and Marbro Theaters. It was located in the Marshall Square neighborhood on 22nd St. near Marshall Boulevard (22nd St. was later renamed Cermak Road, after the Mayor of Chicago, Anton Cermak, 1931-33, who died from a bullet in Miami meant for President Franklin Delano Roosevelt). Today, restored and renovated in the 90s for use as a concert hall, the Marshall Square is now known as Apollo’s 2000. 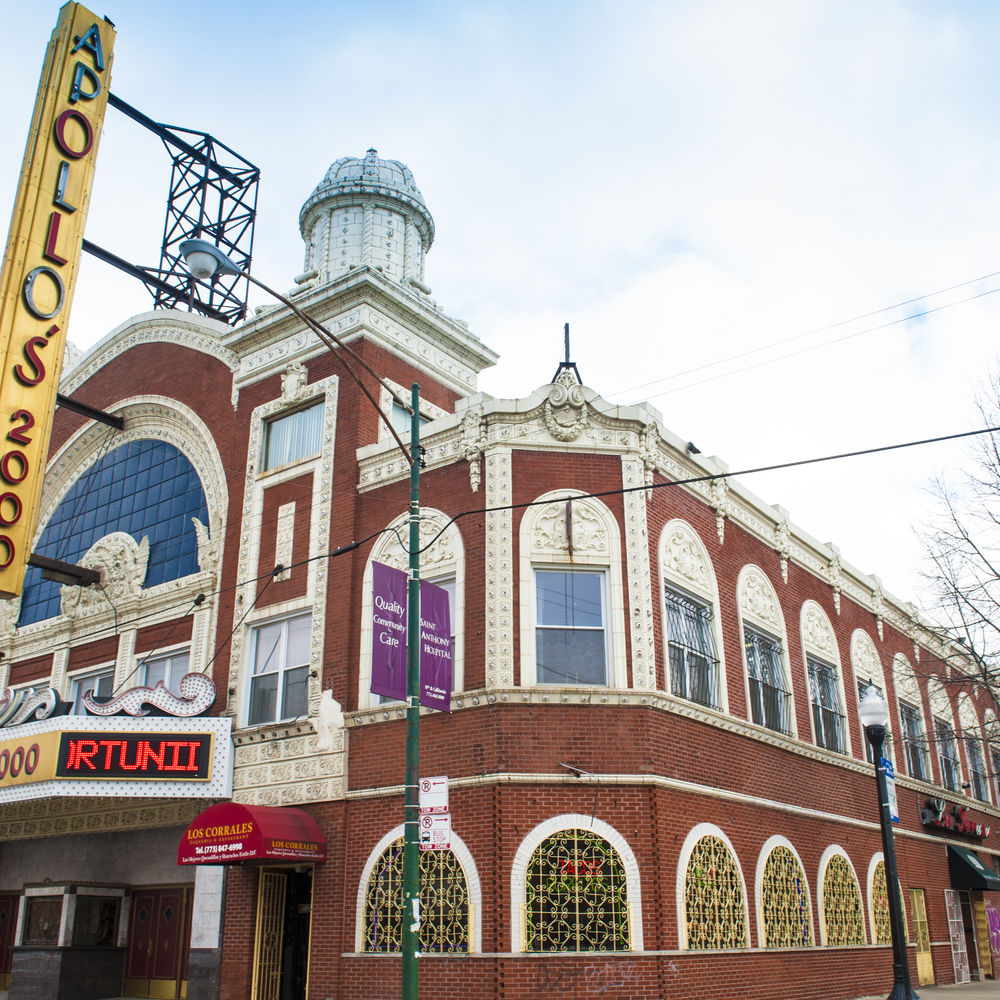