Designed by the architectural firm of Oldefest & Williams in 1929, this old apartment hotel has become a canvas for artist Richard Haas. On the eastern facade of the building is his work entitled “Homage to the Chicago School of Architecture” which Haas uses to create bay windows on the flat surface. On the south facade, Haas recreated Louis Sullivan’s round, terra-cotta encrusted window from the Merchants’ National Bank in Iowa above Sullivan’s Golden Doorway of his Transportation Building at the 1893 World’s Colombian Exposition and between the two images is a depiction of the Board of Trade building two miles south on LaSalle Street.

PLEASE NOTE: This is a private residence. 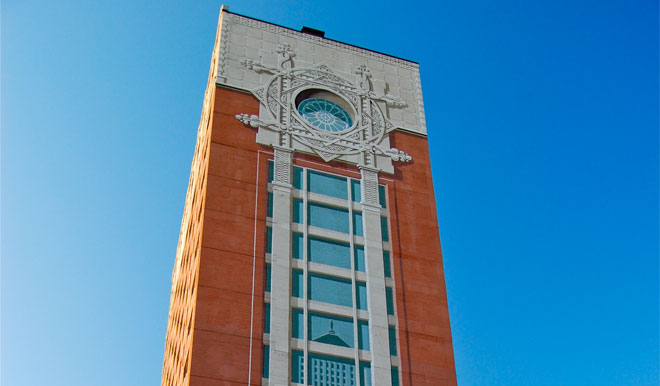 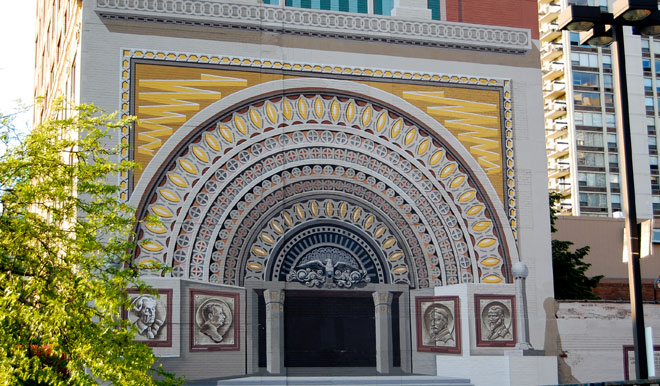