Completed in 1916, Navy Pier is undeniably one of Chicago’s top attractions. Stretching into Lake Michigan, this year-round destination truly comes to life in the summer, with fireworks displays, live music, theatre, and cruises setting sail daily. Come fall and winter, Navy Pier is still hopping, with special events, sights, and activities that span all ages and interests. Here’s just a glimpse of the fun to be had at Navy Pier. 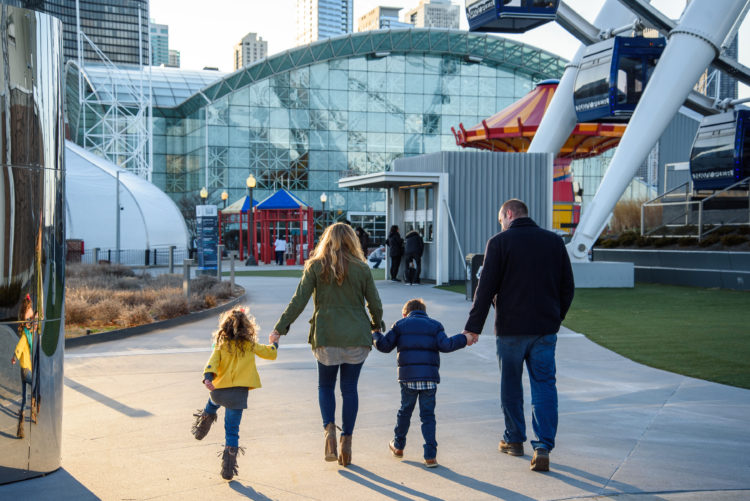 Centennial Wheel: The Centennial Wheel soars to nearly 200 feet, with year-round, climate-controlled gondolas for the most spectacular Ferris wheel ride ever. It’s an iconic part of the Chicago skyline and a treasured piece of Chicago history, harkening to the city’s 1893 World’s Fair. You can even book a VIP Centennial Wheel experience in a glass-bottomed, plush-seated gondola.

Pier Park: Pier Park is the epitome of fun. It’s where you’ll find the amazing Centennial Wheel, the Pepsi Wave Swinger, a 1920s-inspired musical carousel, and other nostalgic fairground rides — all with breathtaking skyline and waterfront views.

Amazing Chicago’s Funhouse Maze: This is Chicago’s only self-paced, full-sensory maze experience. Navigate your way through 4,000 square feet of tunnels, mazes, and games.

Chicago Shakespeare Theater: This Tony Award-winning theatre hosts more than 650 performances a year, with a year-round season that presents plays, musicals, world premieres, and visiting touring companies. The theatre is particularly celebrated for The Yard, an engineering marvel in stage design, consisting of nine moveable towers that can be reconfigured to accomplish the vision of each production. 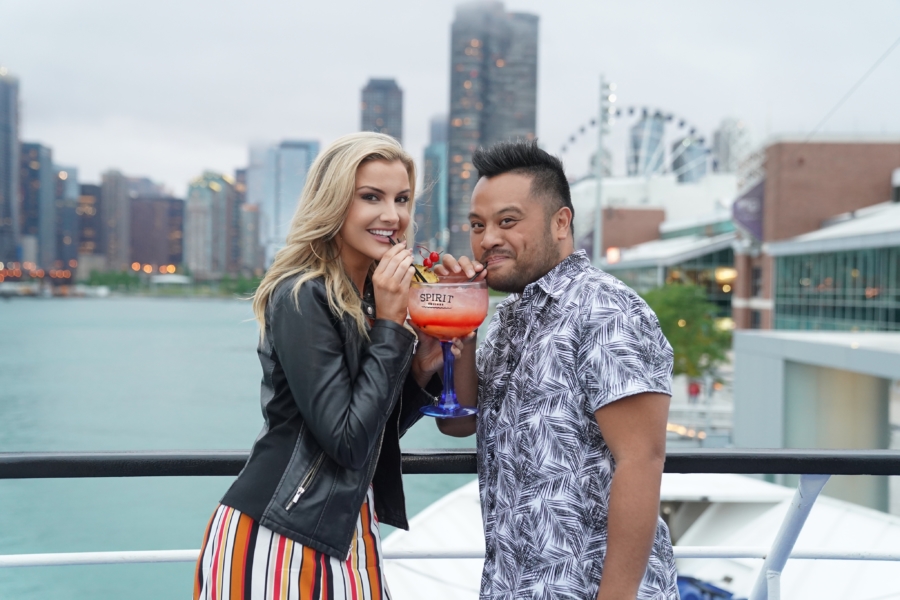 Boat cruises and tours: Whatever’s on your cruise wish list, you’ll find it at Navy Pier. Cruise on Lake Michigan and the Chicago River and experience everything from laid-back sightseeing and elegant dining to heart-pumping thrill rides and private charters. There’s even a cruise you and your dog can enjoy.

Bus and bike tours: Access any number of Chicago tours from Navy Pier, including Chicago Big Bus Tours, architecture and sightseeing cruises, Navy Pier food and history tours, and Bike & Roll Chicago tours. You can also rent bicycles to explore the lakefront at your own pace.

Polk Bros Park: Polk Bros Fountain and Plaza at the entry to Navy Pier features a dramatic fountain with more than 150 jets that mimic the movement of waves, schools of fish, or flocks of birds. The Performance Lawns include two performance spaces to host live arts and cultural events, with Lake Michigan and the Chicago skyline as their backdrops. Definitely stop in at The Peoples Energy Welcome Pavilion, too, for information about things to do and see at the pier, guest maps, and more. 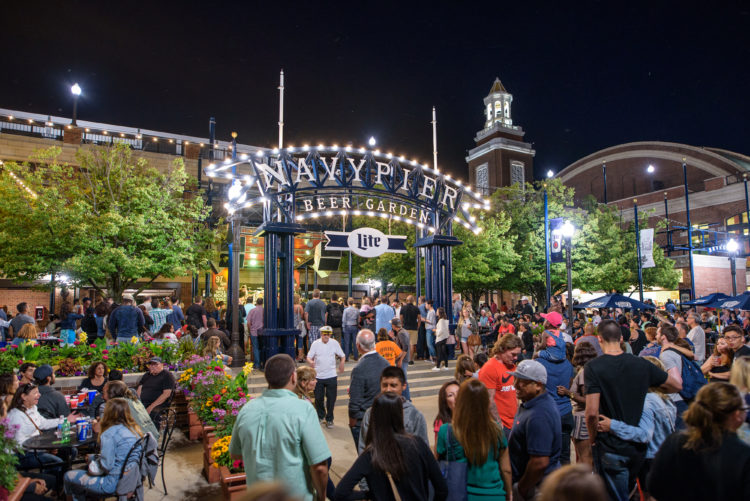 Miller Lite Beer Garden: From May through October, the beer garden becomes one of Chicago’s go-to destinations for free, live, outdoor music. This lakeside venue also offers some of the city’s best lake and skyline views.

There’s a never-ending array of food options on the Pier, representing some of Chicago’s most well-known cuisine. Here’s just a few options: 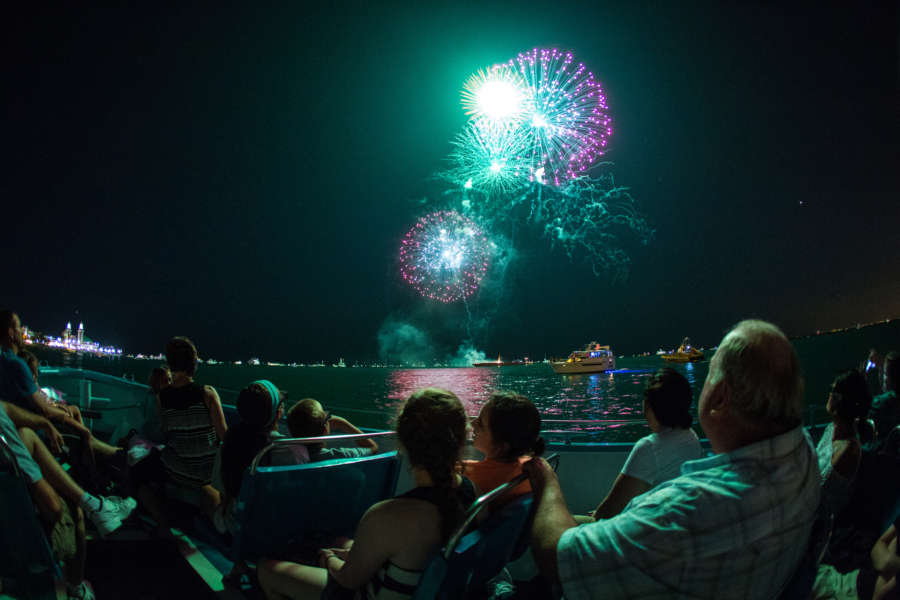 The annual summer fireworks at Navy Pier are a favorite among locals and visitors alike, drawing crowds to the lakefront for the twice-weekly show.

The summer fireworks display traditionally takes place on Wednesdays and Saturdays between Memorial Day and Labor Day. The show typically starts between 9:30 and 10:15 p.m., check the latest schedule for details.

You can see the fireworks from most areas of the lakefront immediately north and south of Navy Pier. But the show is particularly stunning from atop the Centennial Wheel or on an evening lakefront fireworks cruise.

Sable at Navy Pier, part of the Curio Collection by Hilton, is the first and only hotel right on Navy Pier. Each room features jaw-dropping vistas of the surrounding lake and city skylines. Along with can’t-be-beat views, the hotel also features Lirica, with Latin-inspired cuisine, an expansive bar, and spacious outdoor seating with waterfront vistas. The best part of the new Sable hotel — it’s just steps away from everything Navy Pier has to offer.

Getting to Navy Pier

Taxis and rideshare
You can get to Navy Pier via taxi and rideshare from anywhere in the city. In addition to hailing taxis, you can e-Hail and e-Pay with CHICABS-approved apps ARRO and CURB. Credit cards are accepted in all taxis. 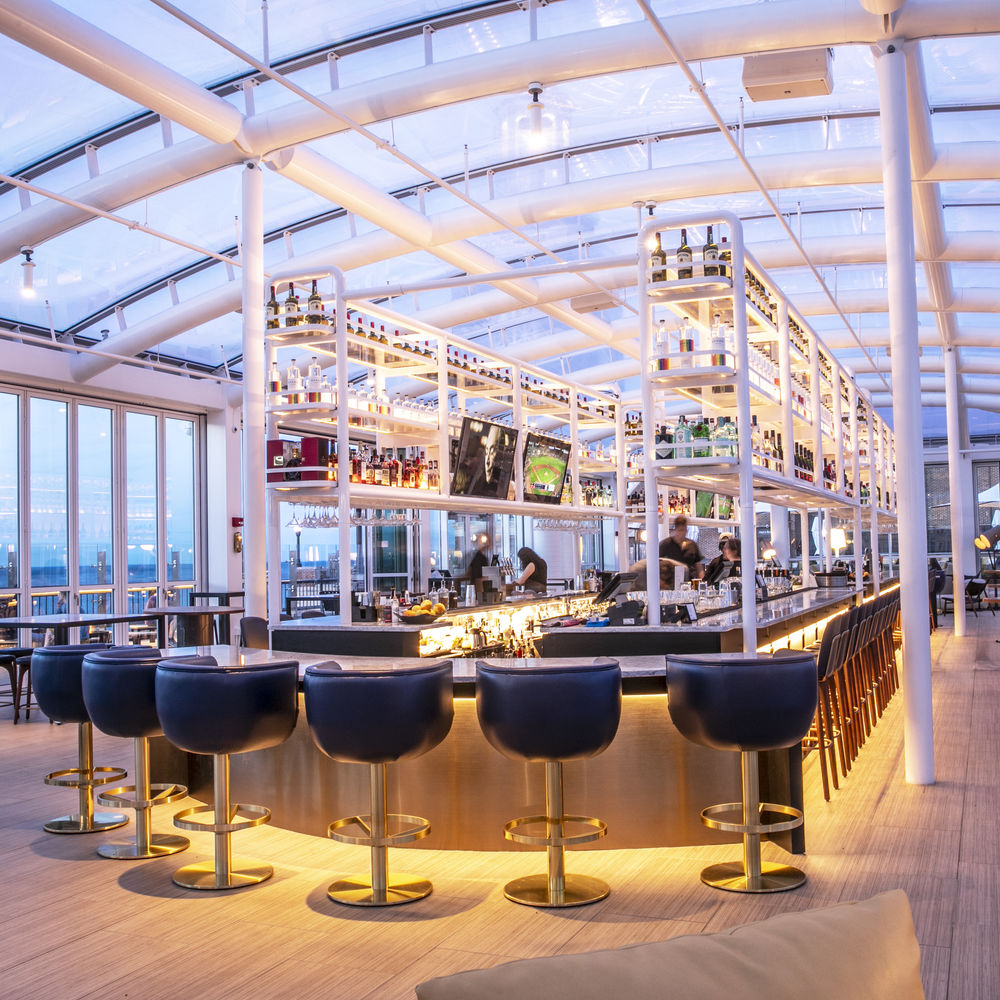 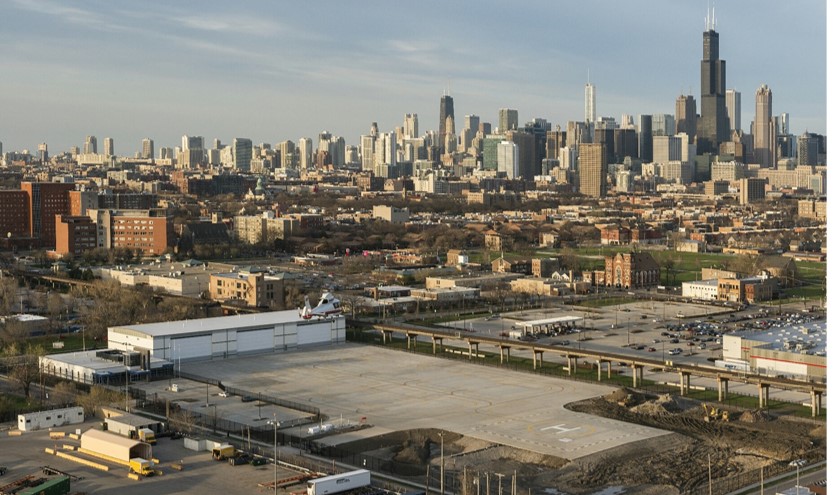 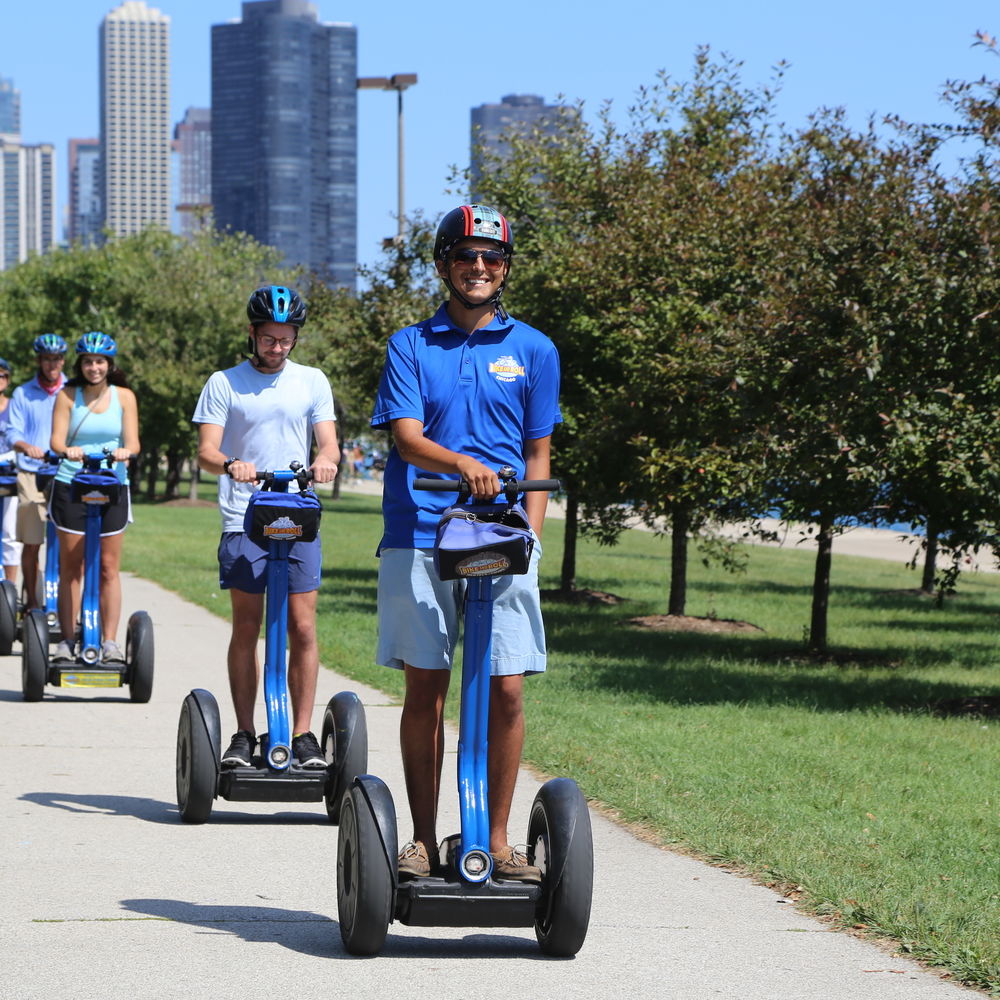 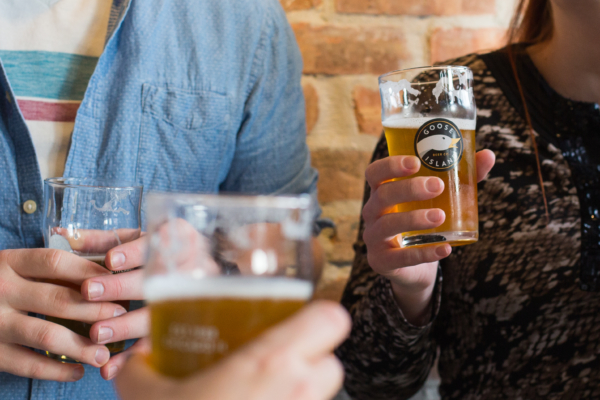 Craft beer lovers flock to Chicago to get a taste of our dynamic brewing scene. A brewery tour can take you behind the scenes of…