6 Chicago cocktail bars and what to drink

Looking for some of the best places to drink in town? We’ve come up with a list of six Chicago spots that are serving up some of the city’s most creative cocktails, mixing in everything from exotic mezcal to the city’s largest selection of rums. Check out these must-try Chicago cocktail bars. 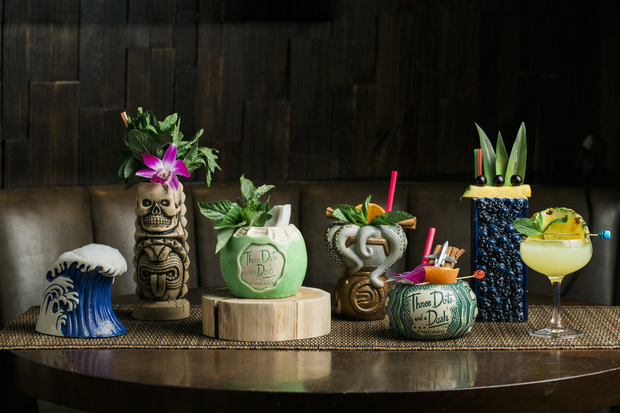 The setting: This tropical hideaway, tucked down a River North back alley, is a tiki bar paradise. The welcoming bamboo hut, voted one of The World’s 50 Best Bars by Drinks International, is populated with Hawaiian shirt-wearing staff surrounded by tiki totems and skulls everywhere you look.

The cocktail: The tiki cocktails here are mixed with fresh seasonal juices that are cold-pressed daily; syrups made in-house; and spices, herbs and flowers that are sourced from around the world. And perhaps the best part, they’re served in fun, elaborate glassware. Order the Chief Lapu Lapu for two, presented in a literally smoking bowl adorned with orchids and topped with little plastic hula dancers that’s filled with aged Demerara and dark Jamaican rums, plus lime, tangerine, and passion fruit juices. 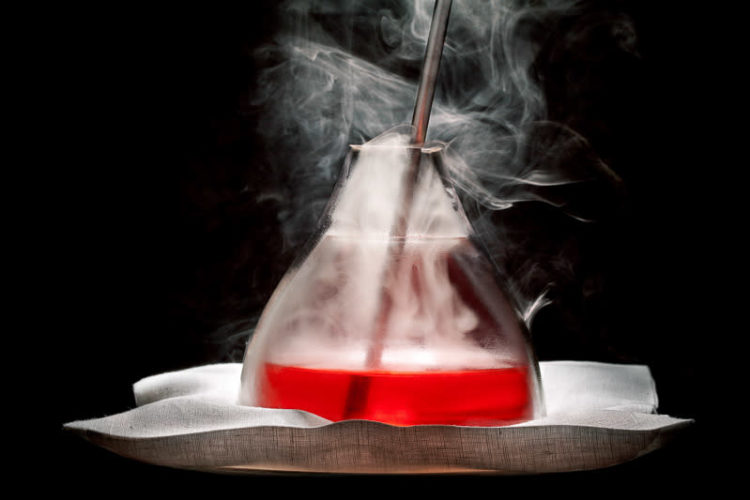 The setting: Created by the powerhouse culinary team behind Chicago’s world-renowned Alinea, The Aviary kicks cocktails up another level. Grab a seat in the modern upstairs lounge or try to snag a spot in the swanky downstairs Office that’s akin to a private club.

The cocktail: Cocktails are mixed in the state-of-the-art “drink kitchen,” and feature surprises like spice-filled ice cubes and tendrils of scented smoke emanating from glass beakers that look like boozy science experiments. The cocktails are constantly changing, but recent selections have included the Smurf: butterfly pea flower, mezcal, finger lime, and coconut.

The setting: This secretive Wicker Park spot is credited with kicking off the craft cocktail craze in Chicago. There’s no sign outside (look for a massive mural), but inside The Violet Hour is all elegance, illuminated by candlelight and crystal chandeliers. House rules keep things classy (including no cell phone use!).

The cocktail: The Violet Hour’s impressive bar program of pre-Prohibition-style cocktails has garnered a James Beard Award. Its menu changes seasonally, but classics include the Asta’s Square: a concoction of Modest vodka, grapefruit, Campari, and grenadine mint.

The setting: Located off the lobby of the boutique Kimpton Gray Hotel, Vol. 39 is named for the treasure trove of antique law books that were unearthed when the turn-of-the-century Loop building was being renovated. Today these tomes are used as decorative accents in this bar that evokes the feeling of a 1940s-era smoking lounge, with tufted leather couches and hues of cognac and charcoal. 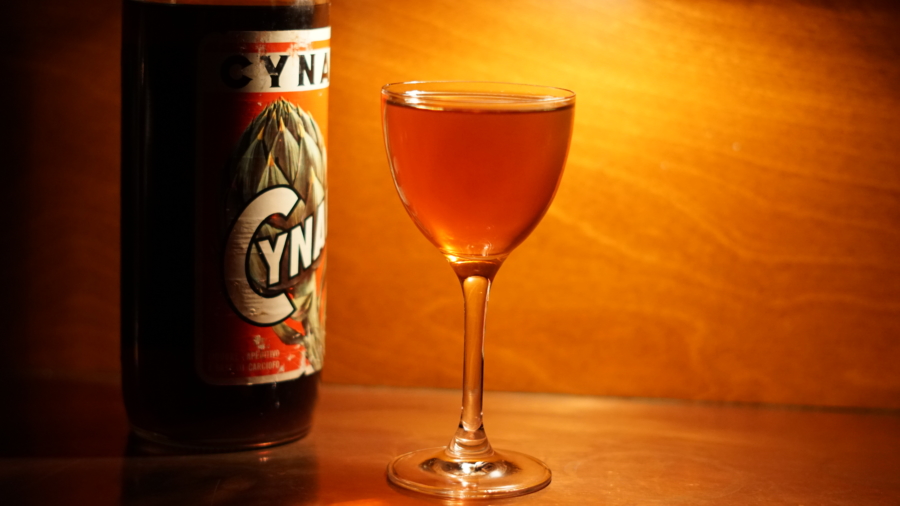 The setting: Hidden away inside the Chicago Athletic Association Hotel, The Milk Room is an upscale micro-bar with just eight seats. Once a speakeasy during Prohibition (when the building was an exclusive men’s club), the bar is now known as one of the most high-end cocktail bars in the city. Reserve your seat to sample extremely rare vintage spirits and elixirs, including a curated selection of whiskies, in an intimate setting.

The cocktail: You really can’t go wrong here. The expert bartenders will guide you through the selection of spirits, fine cocktails, and rare whiskeys. If you like daiquiris, the one here might be the best you’ve ever had. It’s made with three-year Cuban rum, cane juice rum, maraschino liquor, key lime, and hand-shaved ice. 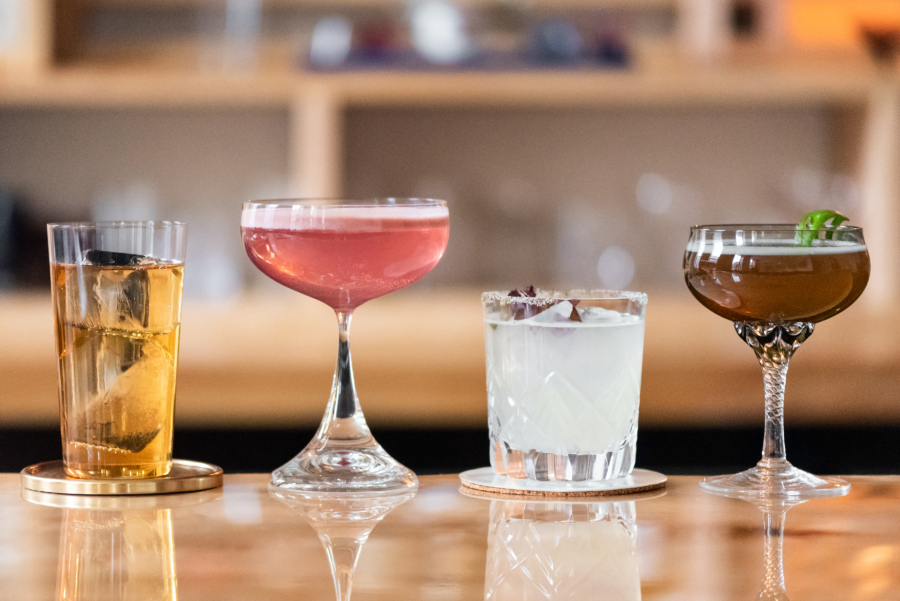 The setting: This upscale Japanese spot is from the same team as Chicago’s two-Michelin-starred Oriole — so you know it’s going to be good. The refined-yet-relaxed bar area was designed by the bartender and partner Julia Momose. The space features stunning wood accents, specifically crafted for the bar by Japanese artisans (Kumiko is named for an ancient Japanese woodworking art).

The cocktail: Kumiko specializes in omakase-style drink flights, where guests receive a five-course cocktail tasting menu served with small bites from the kitchen. Omakase loosely translates to “trust me”, so sit back and relax while the bartender whips up creative, Asian-inspired cocktails, like the Sea Flower made with gin, vermouth, yuzu kosho, kabosu, and lime. 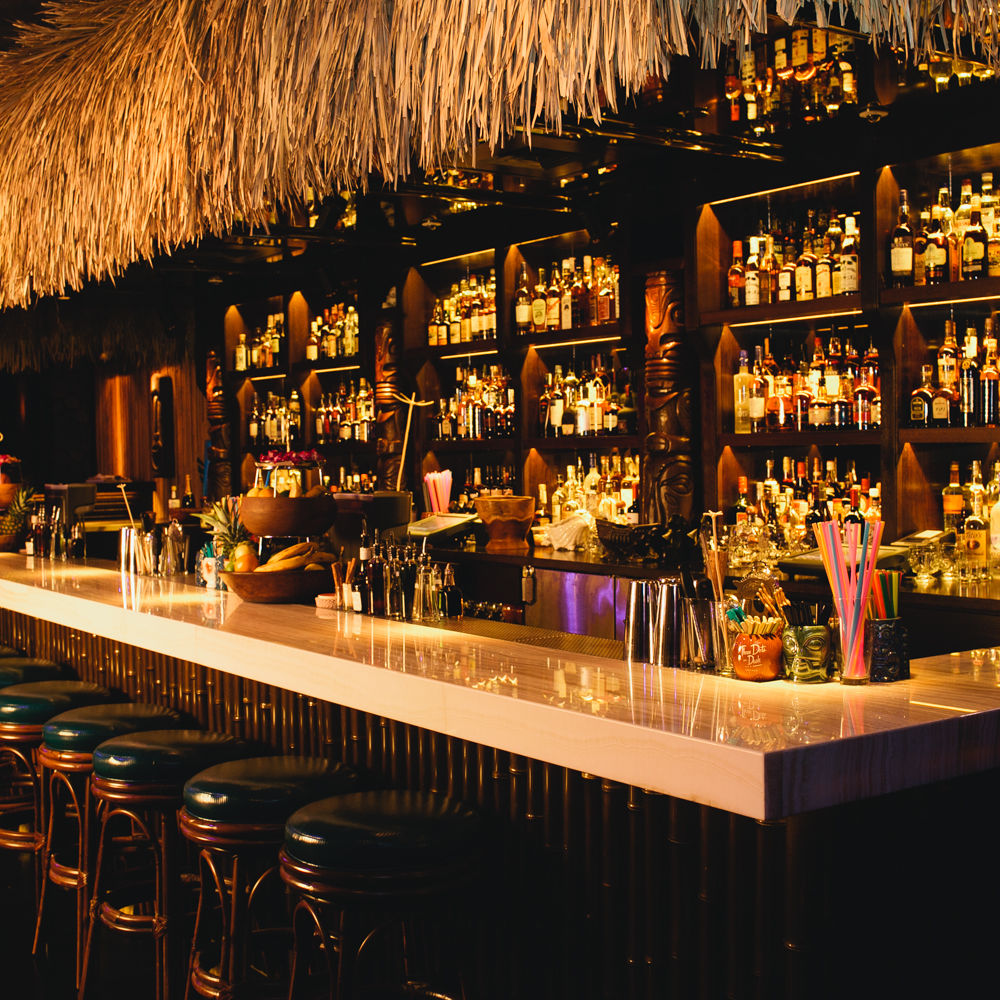 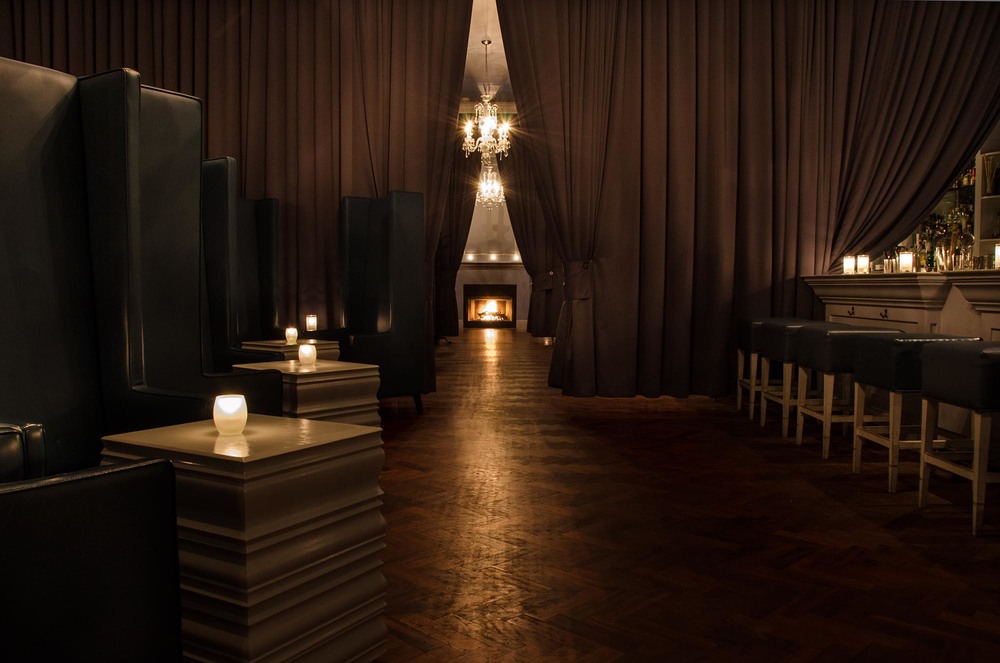