You don’t have to visit a museum to experience Chicago history. There are details and stories of our city history hidden throughout Chicago – you just have to know where to look.

Step into one of Chicago’s neighborhoods and you’ll discover lots of interesting examples of Chicago’s past. Check out these spots to grab a glimpse of Chicago history up close. 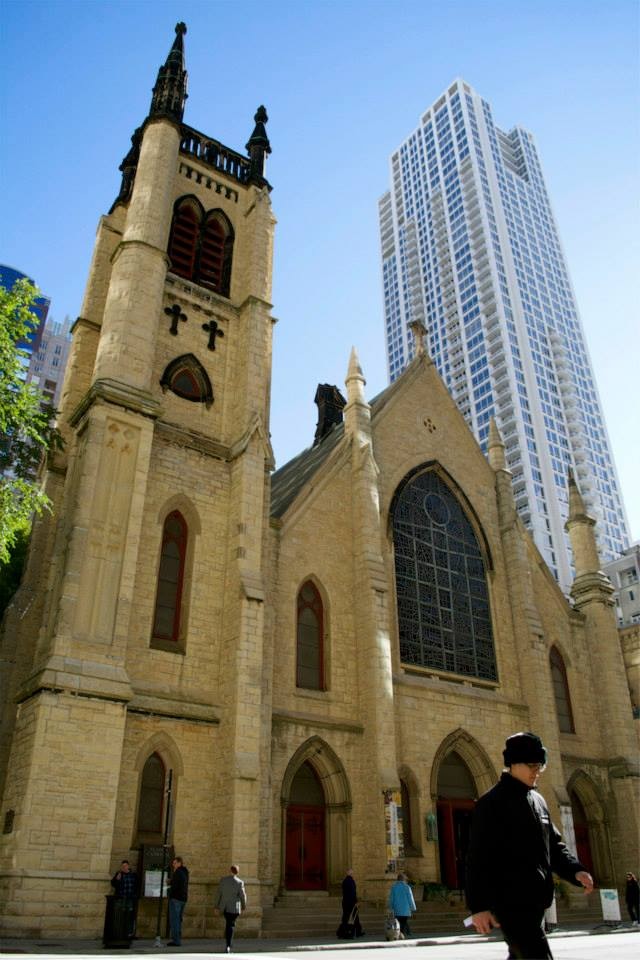 On the corner of Huron and Wabash, the striking St. James Cathedral commands attention from passersby in the Gold Coast neighborhood. The stunning Gothic Revival architecture makes the historic church worthy of a visit, but look a little closer and you’ll spot a fascinating remnant of Chicago history.

If you walk to the front of the cathedral and look up, you’ll see black charring on the church’s belltower. The scorch marks are a hint of the damage inflicted by the Great Chicago Fire of 1871. The original 1834 church was mostly destroyed in the fire, leaving only the bell tower to be incorporated into the present structure.

Although the landmark Chicago Water Tower and Pumping Station a few blocks away is acknowledged as the only remaining building that survived the fire in the area, the St. James Cathedral is a lesser known monument to an infamous Chicago event. St. James Cathedral, 65 E. Huron

Replica of Native American Totem Pole from the World’s Fair 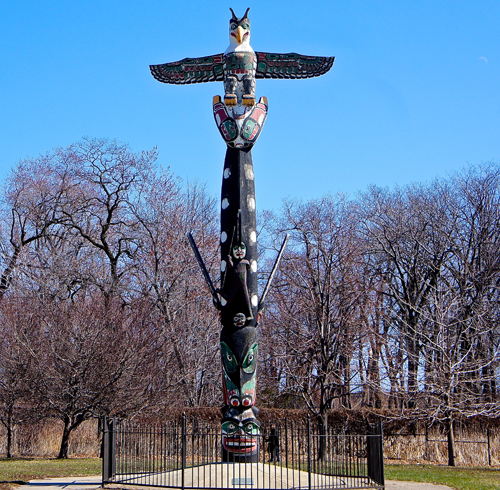 The Chicagoland area was originally settled by Native American people, who laid the foundation for much of the present city and even the city’s name (“Chekagou” is an Algonquin word that means onion field, which grew wild in the area). The Kwanusila Totem pole at Addison and Lake Shore Drive in the Lakeview neighborhood, stands as a reminder of Chicago’s indigenous history.

The original Kwanusila totem pole was featured in the World’s Columbian Exposition of 1893 and was carved by Kwakwakawakw Indians. Today’s pole is a replica carved by a hereditary chief of the Kwakwakawakw tribe. Take a walk along the Lakefront Trail to check out the expertly carved monument and look out for a whale, a sea monster and a thunderbird with outstretched wings at the top. Kwanusila Totem Pole, 3510 N. Recreation Drive. 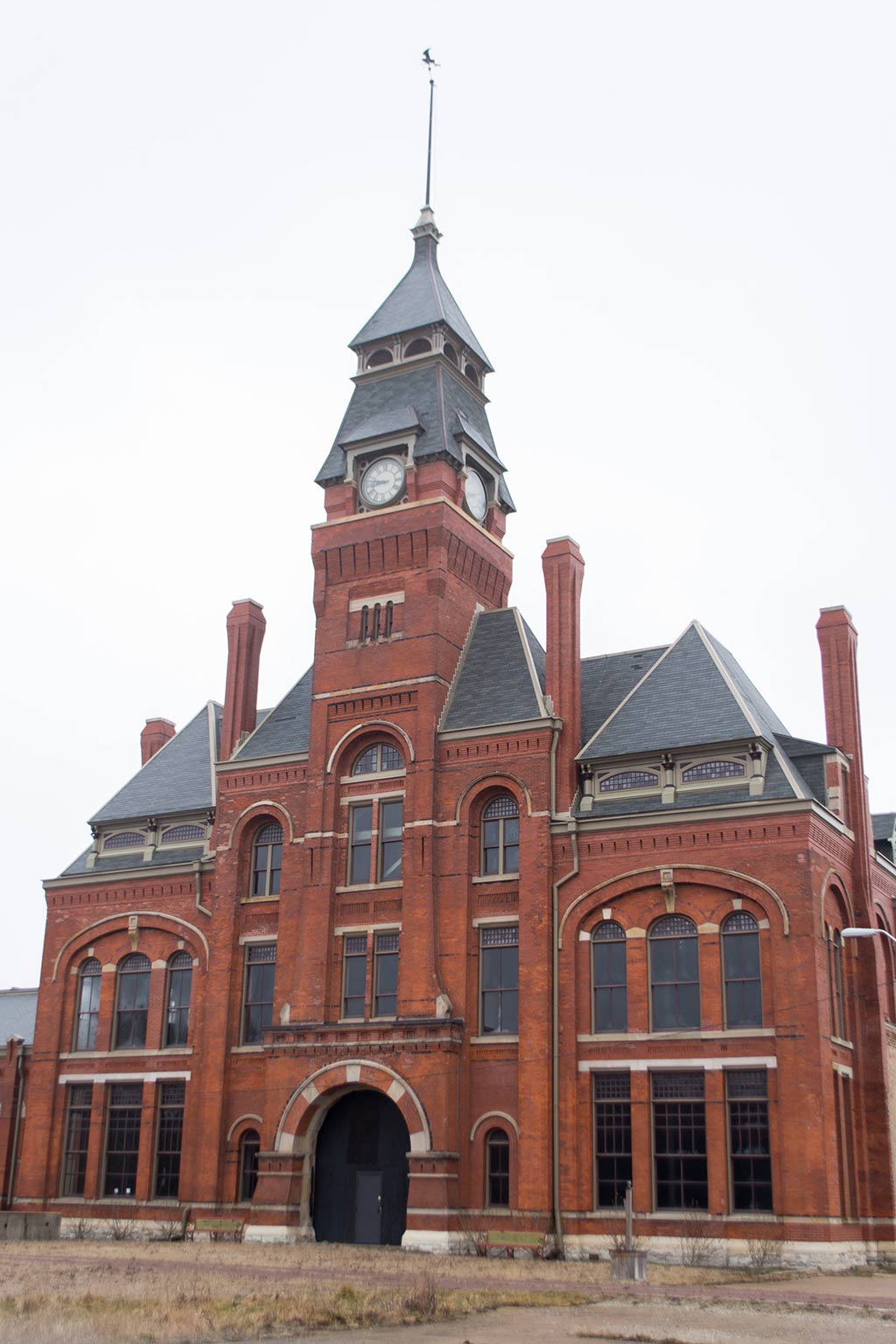 Take a trip back in time with a stroll through the charming streets of the Pullman historic district. The first planned industrial community in the U.S., the Pullman neighborhood is a hidden gem known for its innovative urban design and stunning architecture. The area was designated a National Monument by President Obama in 2015, making it Chicago’s first and only unit of the National Park System.

The neighborhood was meticulously planned by George Pullman in the 1880s as housing for employees of his Pullman Palace Car Company. Today, visitors can stop by the Pullman Factory where the railroad cars were constructed, the Hotel Florence, named for his daughter, and the A. Philip Randolph Pullman Porter Museum, which documents the first African American labor union in the country. Pullman National Monument, 11141 S. Cottage Grove.

The last wooden street in Chicago 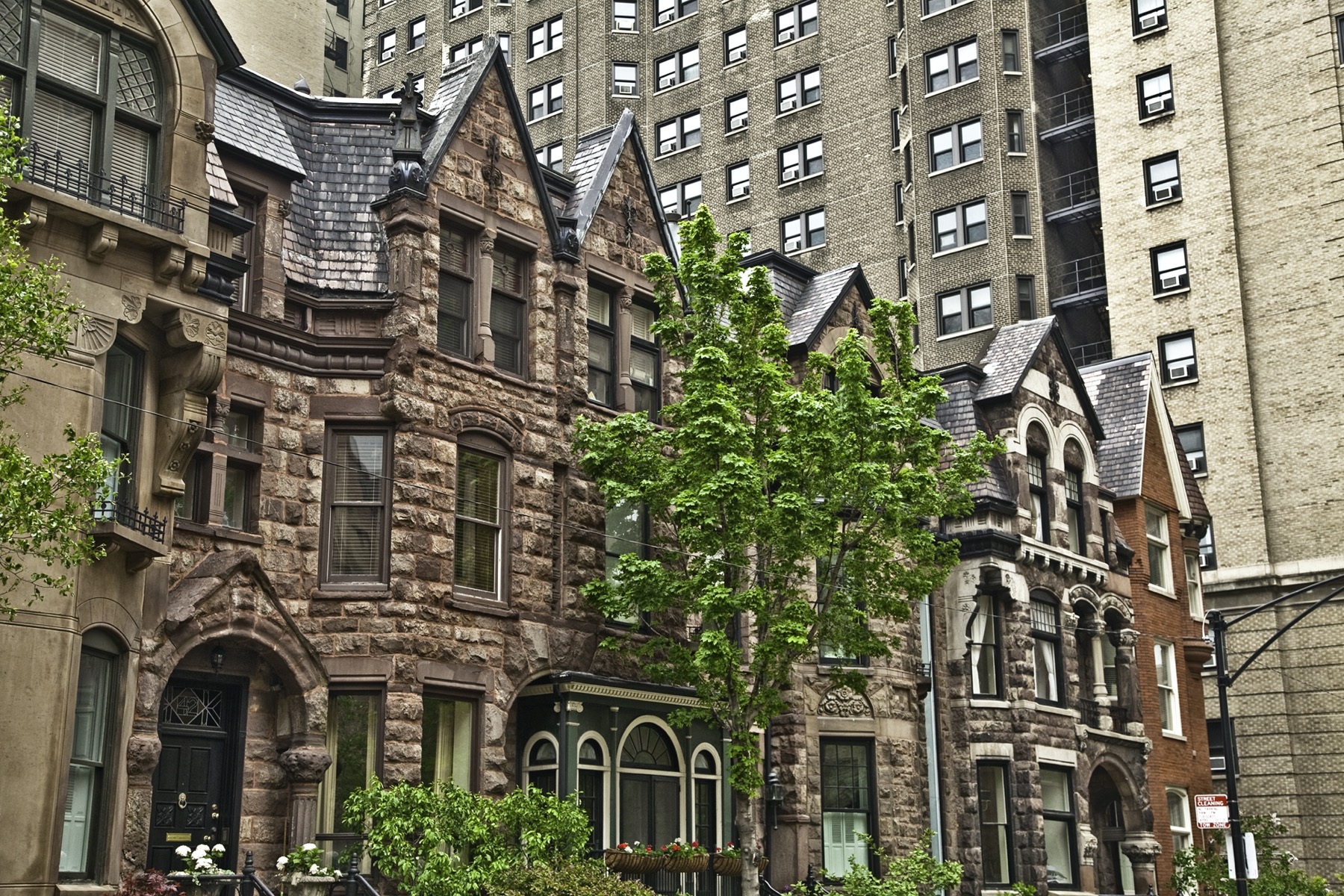 Before the Great Chicago Fire, many of the city’s streets were made of wood and covered with tar. But after the fire set streets aflame, wooden blocks fell out of favor. The last remaining wood-paved street is located between Astor and State Streets, behind the sprawling mansion of the Archbishop of Chicago. Walk through the alley’s 919 square yards, which were restored and placed on the National Register of Historic Places in 2002. After, you can explore the rest of the Astor Street District, which boasts historic 19th century houses that make up one of the city’s most affluent neighborhoods. 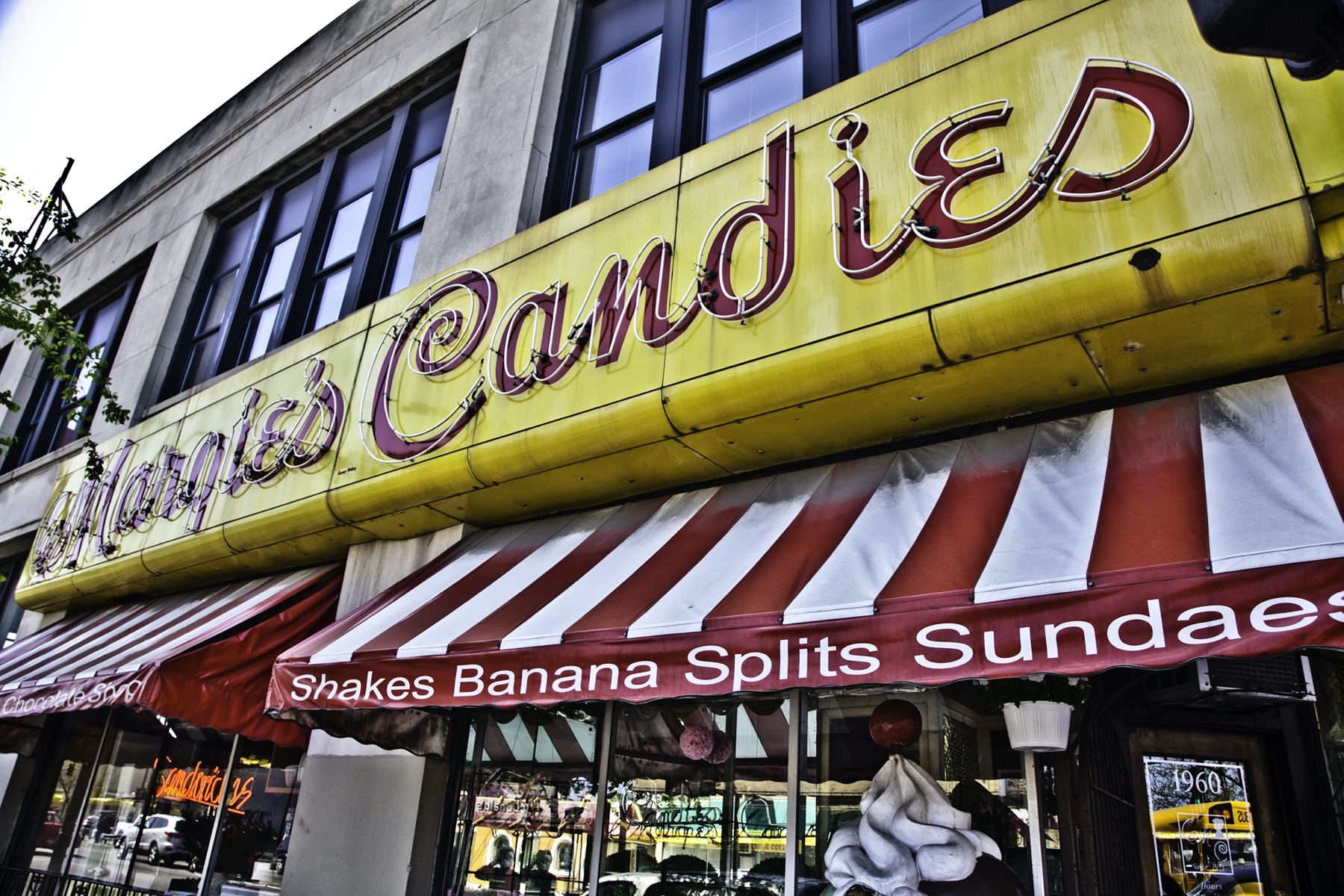 During the turn of the century, Chicago was called the “Candy Capital of the World.” The city produced legendary sweets such as Tootsie Rolls, Cracker Jacks, Milk Duds, Snickers, Butterfingers, Lemonheads and Juicy Fruit gum. Taste a piece of that sugary history at the original Margie’s Candies, one of the city’s oldest family-owned candy shops. Starting as an ice cream parlor in 1921, this old fashioned shop in the Logan Square neighborhood still serves up hand-dipped chocolates, homemade ice cream, shakes and snacks in original vinyl booths with Tiffany lamps hanging overhead. Margies Candies, 1960 N. Western. 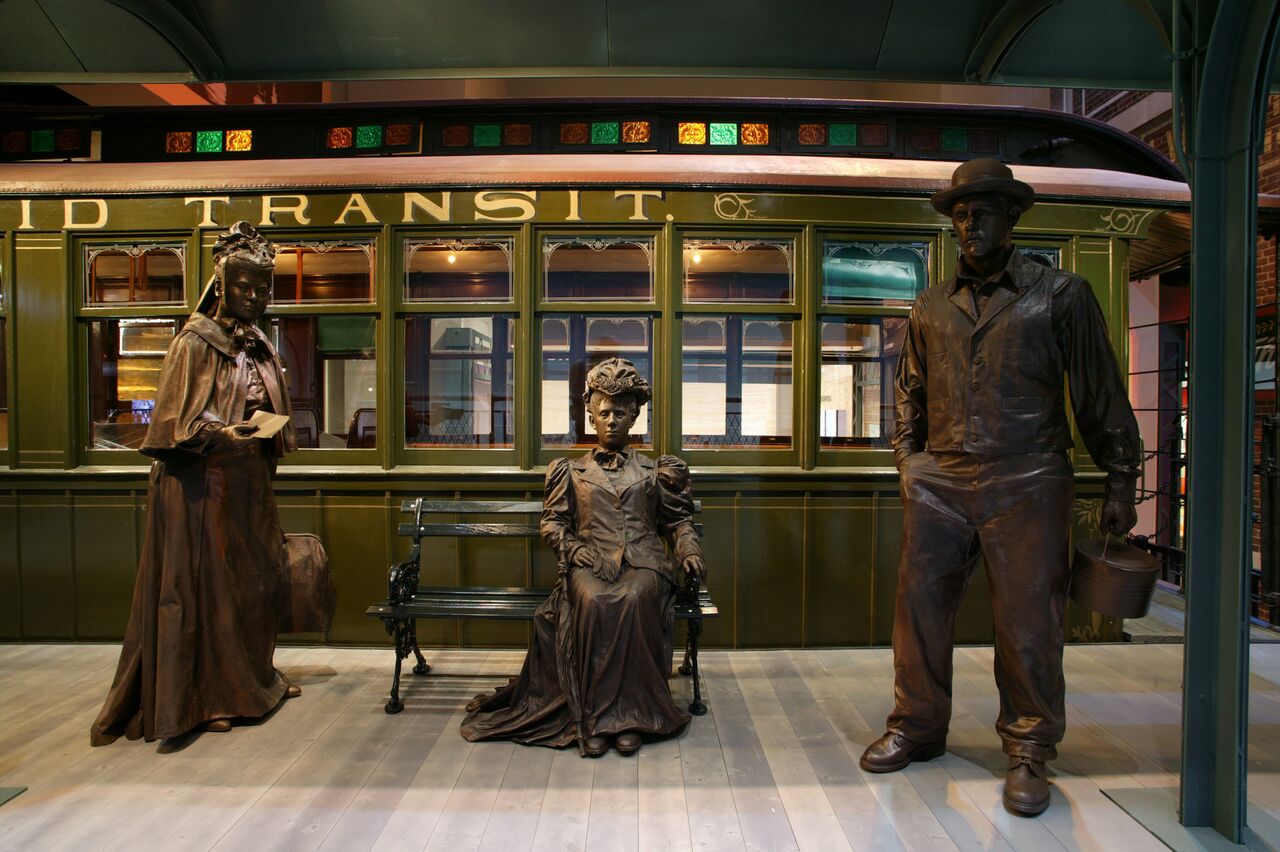 Trains and rapid transit play a significant part in Chicago transportation history. Visitors can sit in L Car no.1, the city’s first rapid transit car, on display in the “Chicago: Crossroads of America” permanent exhibit at the Chicago History Museum. Step aboard to take in the Victorian woodwork, light fixtures, and decorative ceiling trim.

Outside the museum, observant visitors can spot another relic of Chicago’s past. Hidden among the hedges of the east side of the building, a massive piece of mangled metalformed by the Great Chicago Fire sits sinking into the ground. The massive artifact is the remnants of a long-gone hardware store, where iron and metal all fused together during the fire. Chicago History Museum, 1601 N. Clark St.

The 1893 Chicago World’s Fair, also called the World’s Columbian Exposition, helped put Chicago on the map by showcasing innovations like electricity, elevators, the first voice recording, and the Ferris Wheel. But the real standouts were the grand neoclassical buildings designed by star architect Daniel Burnham.

Nicknamed “The White City” because of their gleaming white exteriors, fair goers felt like they were transported to another world. One of the main buildings was the Palace of the Fine Arts, which is now home to the Museum of Science and Industry in the Hyde Park neighborhood. While it’s no longer white,  the building still retains its original grandeur and Beaux-Arts style from the 19th century.

A little south of the museum, visitors can spot the Statue of the Republic, a gilded 24-foot bronze statue nicknamed “Big Mary”. The original monument was 100 feet and designed by the same sculptor who designed the Lincoln Memorial, but the current replica was installed in 1918 to commemorate the 25th anniversary of the World’s Fair. Museum of Science and Industry, 5700 S. Lake Shore Drive. State of the Republic, 6401 S. Stoney Island at Hayes Drive. 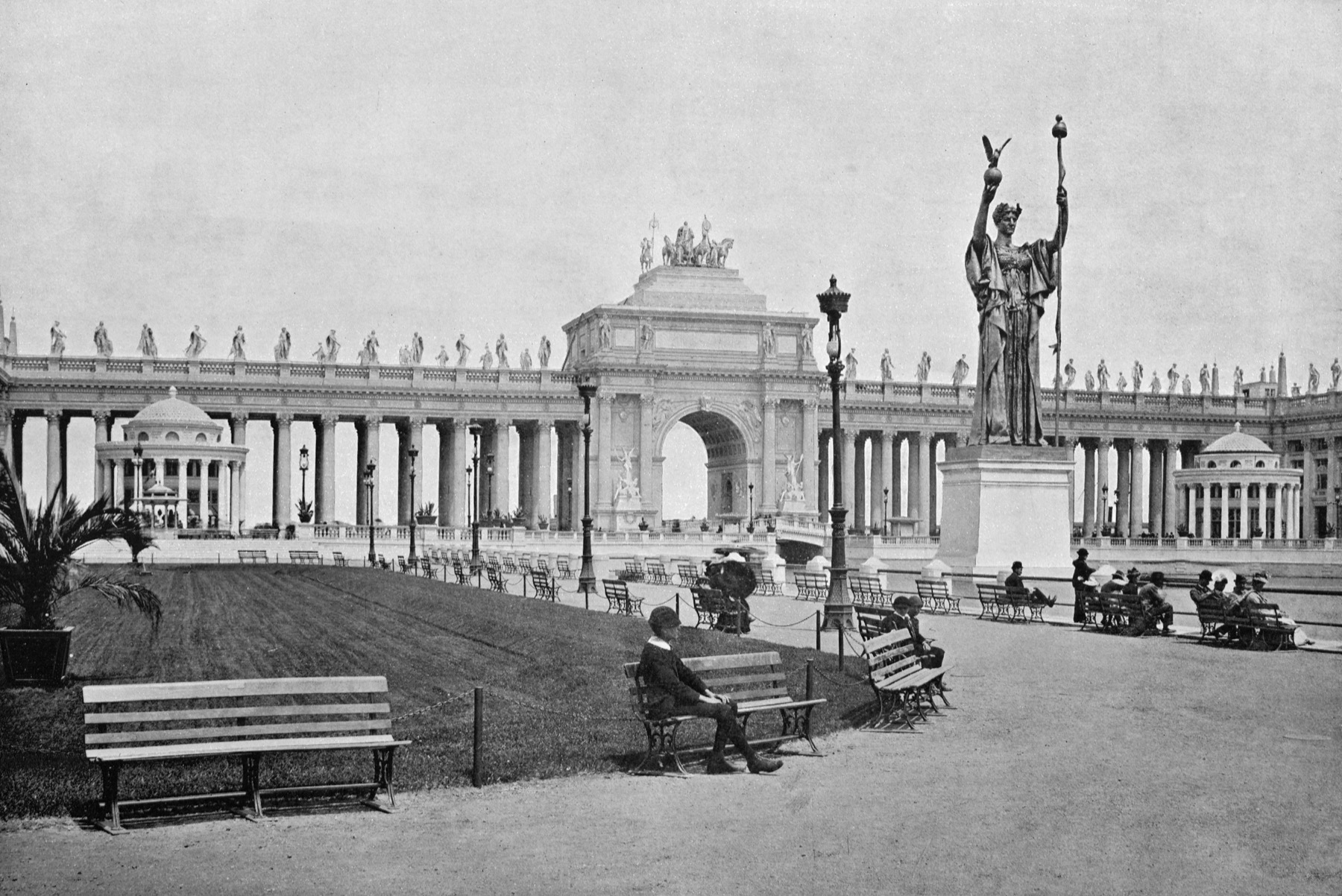 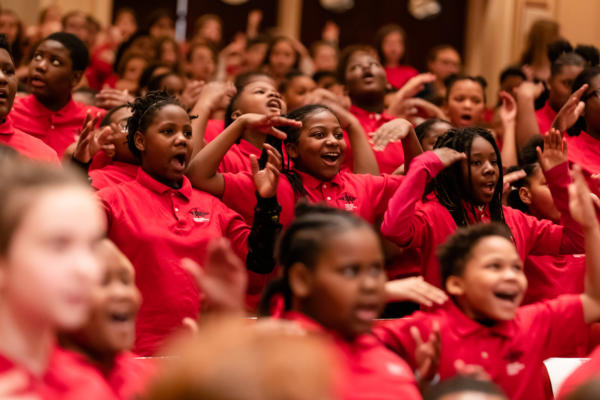 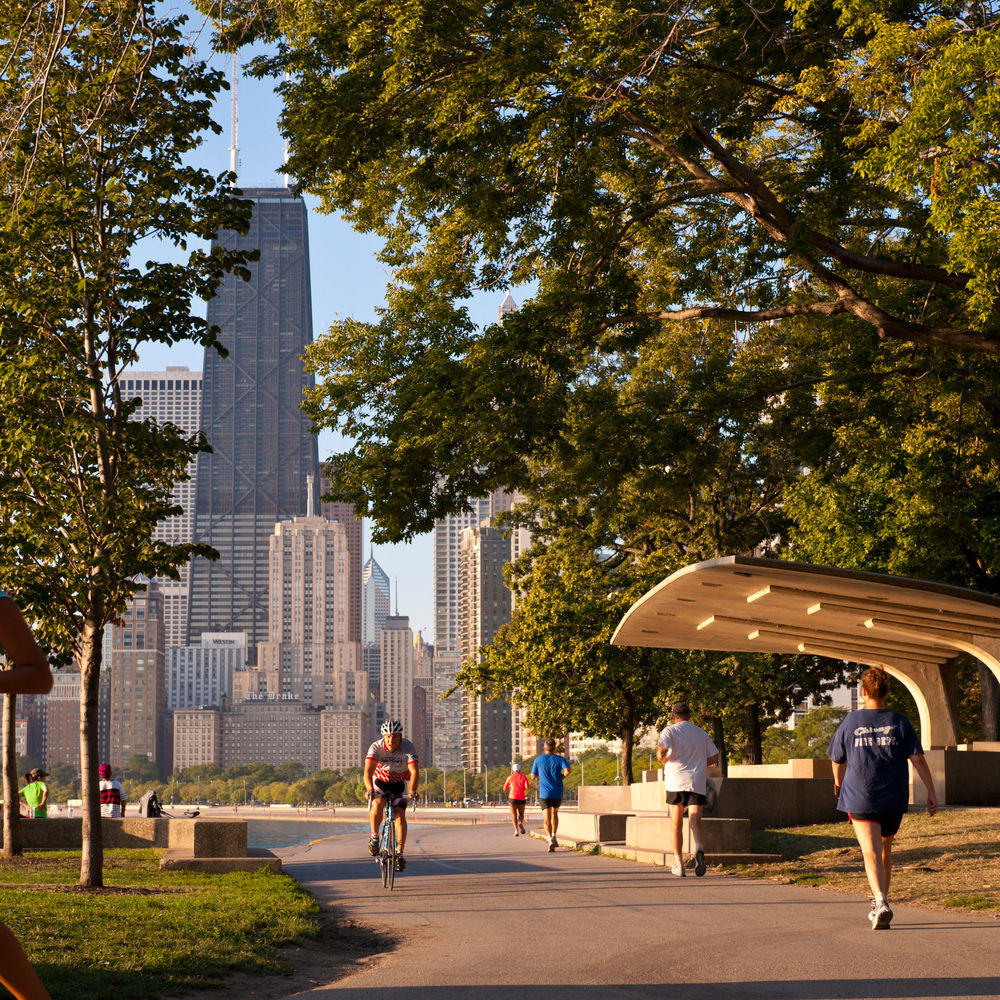 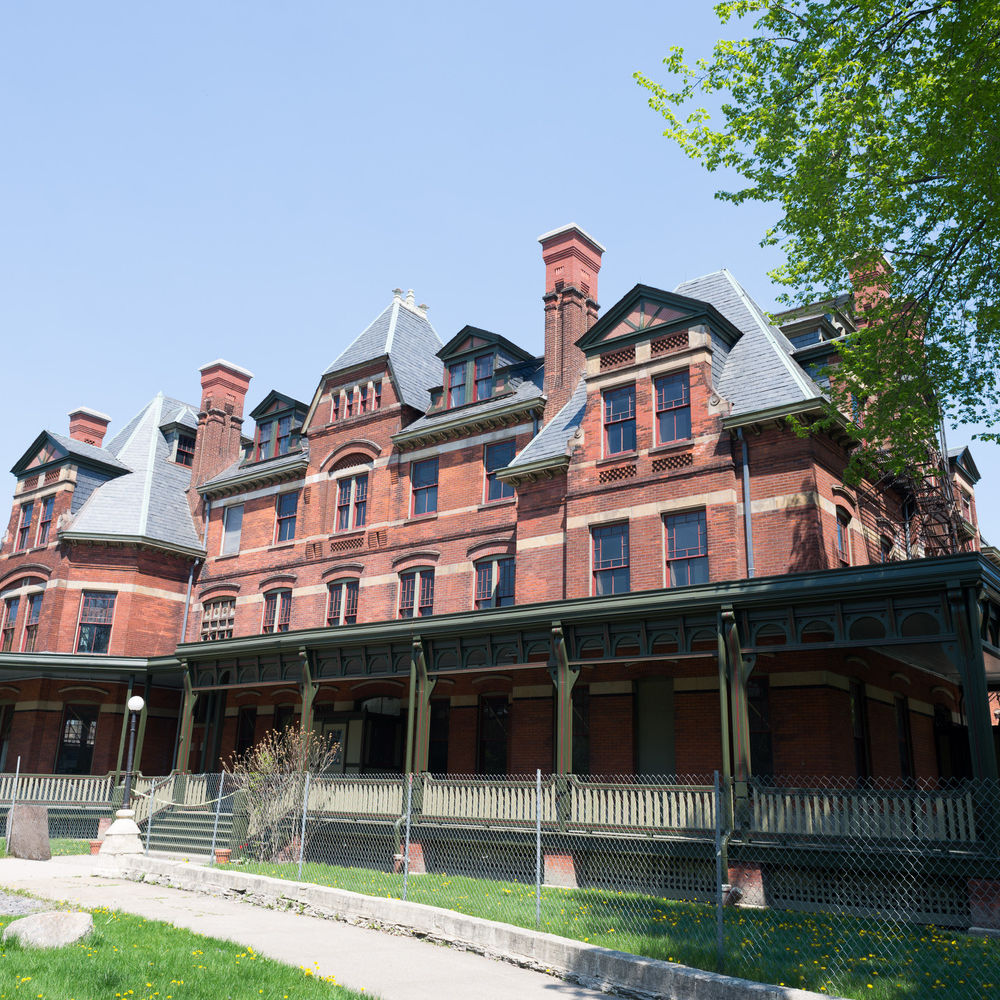 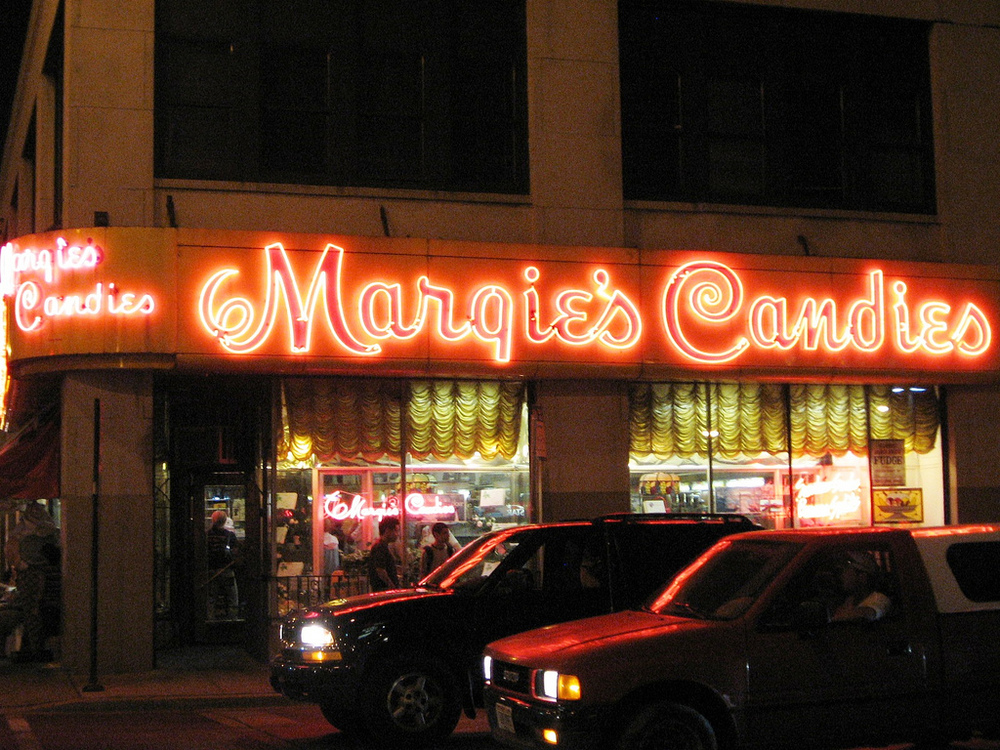