As the weather warms up, Chicago neighborhoods begin to buzz with the first of the summer festivals. 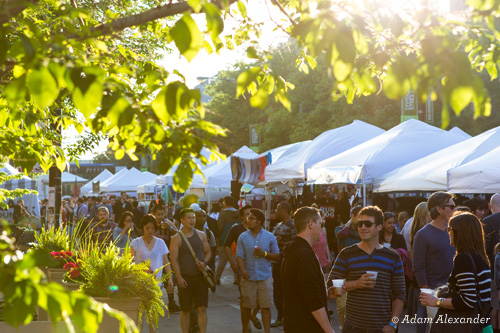 Wright Plus Architectural Housewalk May 18

Taste of Mexico in Little Village May 31 – June 2

In June, the outdoor events begin in earnest with fun and free festivals filling neighborhood streets and parks every weekend of the month. Catch free music and movies in Millennium Park each week, get a taste for Chicago’s international neighborhoods at different food fests, and party it up at the Pride Fest and Parade in Boystown.

Taste of Mexico in Little Village May 31 – June 2

Pride in the Park Chicago June 29

Summer may be fading, but the city’s festivals are still going strong. Catch the superstar lineup at Lollapalooza in the heart of downtown Chicago, or head into the neighborhoods for a variety of music, food, and cultural festivities. Plus, the Air & Water show takes over the lakefront for a jaw-dropping beachfront display.