Whether you’re ready to race or just joining the cheering committee, you can catch the Bank of America Chicago Marathon all across the city every October.

This elite athletic event is one of the most prestigious marathons in the world, and is one of the six World Marathon Majors. Watch amateur and elite athletes from around the world race through Chicago’s diverse neighborhoods, which come out in full force to cheer on the runner. 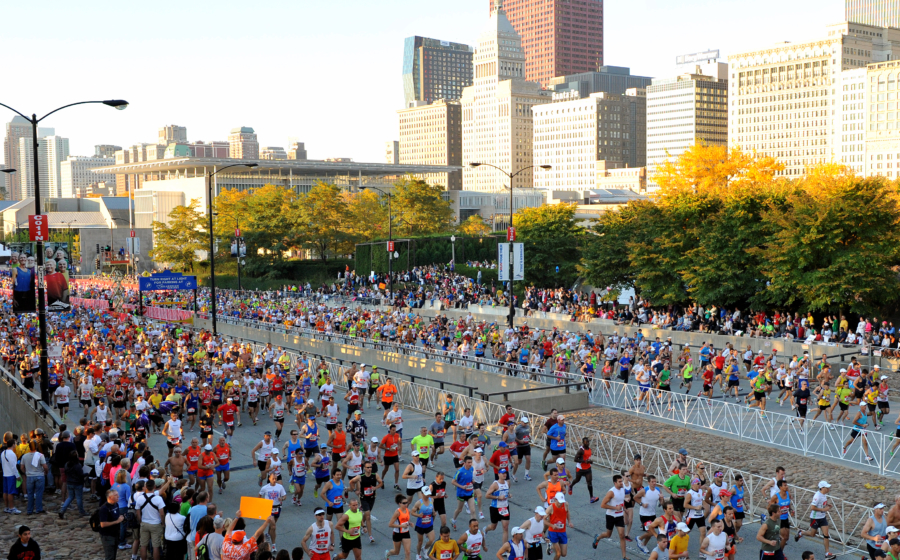 Thousands of athletes from all over the globe have spent months training for this moment. You’ll be inspired by their stories and their perseverance as you cheer them on to the finish line.

While spectators aren’t allowed in Grant Park, there are plenty of viewing areas where you can cheer on runners:

Download the Chicago Marathon app for an interactive course map.

There’s lots of road closures on marathon day, so make sure to plan your route to and from the course ahead of time. If you have a runner in the race, let them know where you plan to watch and which side of the street you’ll be on. If you’re aiming to hit multiple spots along the route, map out which mile marker your runner will be at during particular times, based on their planned pace.

Visit chicagomarathon.com or download the download the Chicago Marathon appto keep tabs on your runner throughout the race. You can electronically track multiple runners on the course by entering participant info on the website. Updates will be received as runners cross the 10K, halfway (13.1 miles), and 30K checkpoints, as well as the finish line.

Stand out in the crowd

To help your runner spot you among the sea of spectators , dress up in costume, bring a bright neon sign, or wave a big balloon or flag as they run past. Even if you don’t know anyone running, it’s a fun way to encourage all the participants. Be loud and be creative!

Use the CTA and hop on the ‘L’ train to get to the start and finish line, as well as various mile markers near train stations throughout downtown and the neighborhoods. For example, the Blue Line stop at UIC-Halsted is near Mile 16 in Greektown, and the Red Line stop at Grand is near the point where runners cross the Magnificent Mile at Mile 1.

Hit the neighborhoods for live entertainment

With 26.2 miles spread out across the city, there’s no reason to stay just within the Loop! Cheer with the locals and the mariachi bands in Pilsen at Mile 19 or check out the colorful lion dancers in Chinatown at Mile 21. And don’t miss the block-party atmosphere (complete with drag queens) of Northalsted (also known as Boystown) surrounding Mile 7.

Make an appearance after Mile 20

After a few hours, the course takes its toll and runners need extra support for the last few miles, concentrated on the south side. Take the Orange Line to Halsted (Mile 20.5), the Green Line to 35th-Bronzeville-IIT (Mile 23) or the Red Line to Sox-35th (Mile 23.25) to give them a final burst of energy before the big finish.