The Chicago Architecture Center offers a fabulous, in-a-nutshell overview of the history of Chicago’s groundbreaking architecture. It’s also the perfect launch pad for discovering the city’s stunning buildings and their enduring legacy, making you feel right at home in the midst of all those skyscrapers.

Here are five reasons to make the center your first stop on your tour of Chicago’s architecture.

1. It’s in an iconic Chicago building

The Chicago Architecture Center is located in the perfect spot — at One Illinois Center (111 E. Wacker Drive), a building designed by Ludwig Mies van der Rohe, a pioneer of modern architecture. Mies van der Rohe was the director of the Illinois Institute of Technology’s College of Architecture for 20 years, and is recognized today as one of the most influential architects of the 20th century. Completed in 1967, he designed One Illinois Center in the International Style, which an emphasis on volume, the use of planes of glass to enclose spaces, and a reliance on the elegance of materials and technical perfection over applied decoration. Another great thing about the building: sweeping views of the Chicago skyline, which brings us to the second reason to visit. 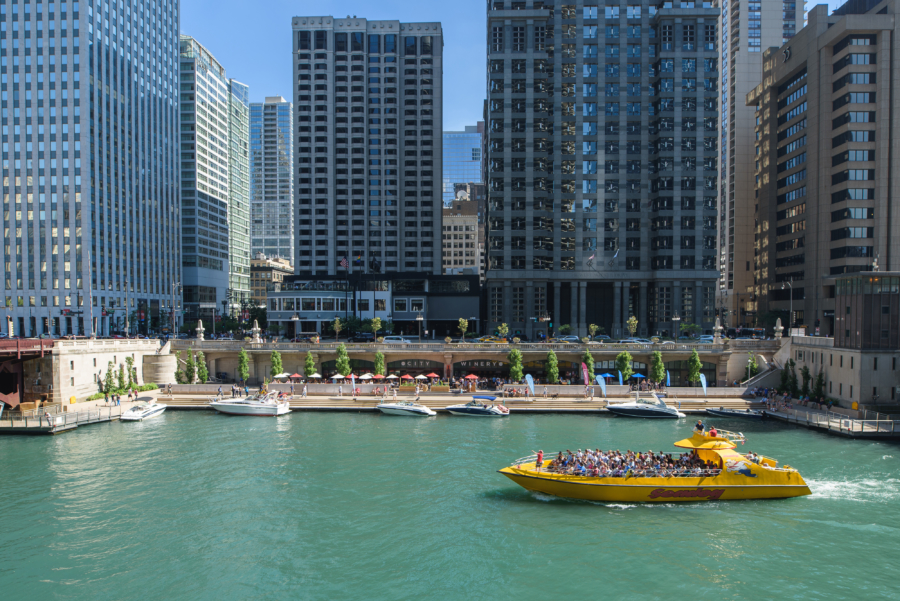 Every enormous window looks out onto stunning views of Chicago’s award-winning Riverwalk just below. Cross the street and descend the stairs at DuSable Bridge to discover a pedestrian-friendly path extending from Jean Baptiste Point du Sable Lake Shore Drive to Lake Street. Take your pick of places to start exploring: Turn left and you’ll find the McCormick Bridgehouse & Chicago River Museum, patio wining and dining at City Winery, floating gardens, and even fishing. Turn right for river adventures with Urban Kayaks and a taste of the Carribean at Island Party Hut. The Riverwalk is also where you’ll board for jaw-dropping architectural tours on the water (more on that later).

3. Its Skyscraper Gallery is amazing 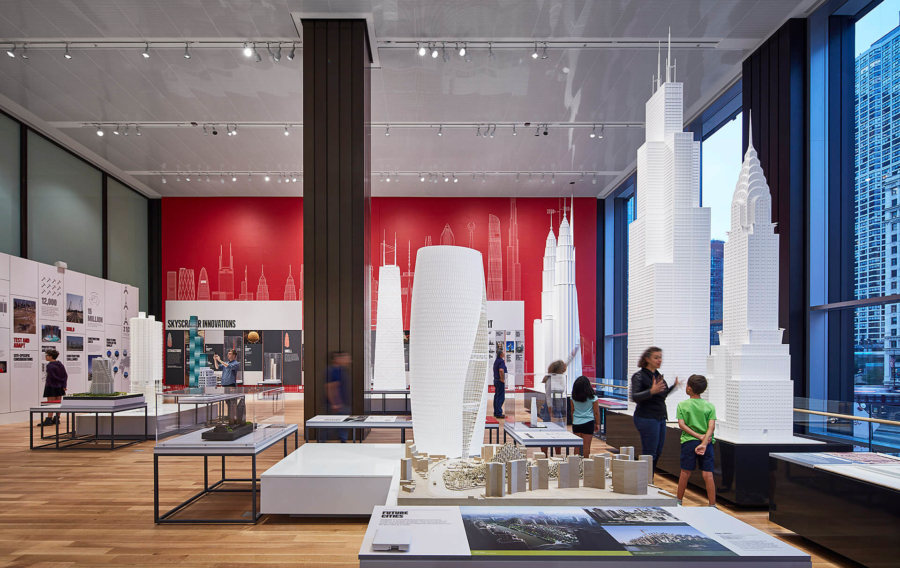 Chicago is the birthplace of the modern skyscraper, which is only one of the reasons to visit the Skyscraper Gallery. Another is Building Tall, a display of towering scale models of the world’s tallest buildings. From the Petronas Towers in Kuala Lumpur and the Chrysler Building in New York, to Chicago’s own 875 N. Michigan Ave. (formerly the John Hancock Center) and Willis Tower (formerly the Sears Tower), each ethereal model is replicated down to the last detail.

4. You can see the Great Chicago Fire as it happened

The center’s model of the City of Chicago is located in an atmospheric, low-lit gallery — the perfect spot for all the drama you’ll see unfold here. The model includes more than 4,200 individual buildings, reproduced with startling accuracy, while dynamic video, interactive touch screens, and light projections bring to life everything from the devastating Great Chicago Fire of 1871, which destroyed most of the city, to the triumphant rebuilding of the city and a new era of architectural wonder.

Don’t miss out on the other exhibits in the space, too, including At Home in Chicago, where you can peek inside the city’s most iconic styles of residential architecture. 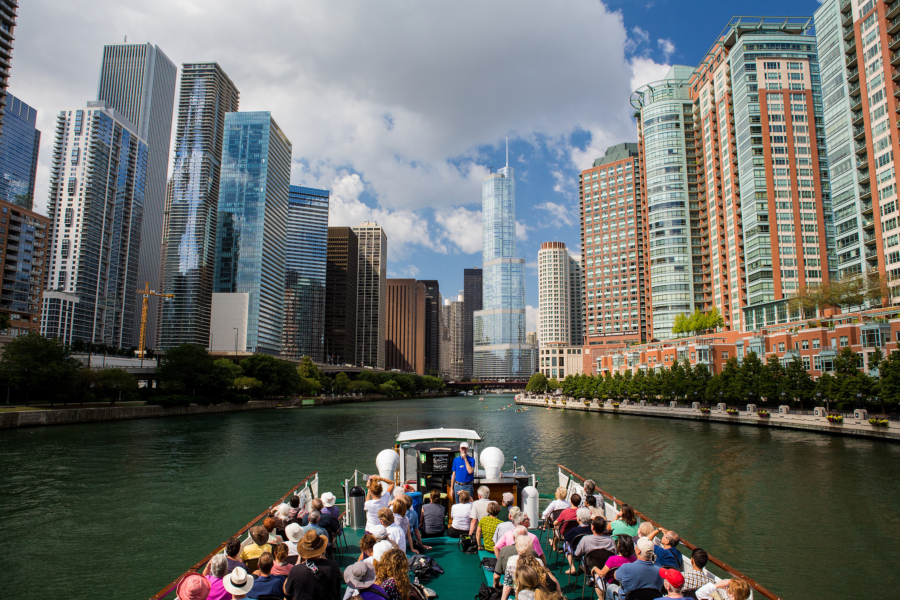 You have your pick of more than 85 walking, bus, and boat tours (which you can book at the center or online), with everything from Historic Treasures of Chicago’s Golden Age to Chicago Modern offered seasonally. If you’d rather sit back and enjoy the ride than walk, a double-decker bus tour ($35 and up) is a great way to go. One of the most popular tours, however, is by boat.

Chicago’s First Lady boats depart just below the Chicago Architecture Center on the southeast corner of the Michigan Avenue Bridge at Wacker Drive, along the Chicago Riverwalk. The blue awning marks the spot. 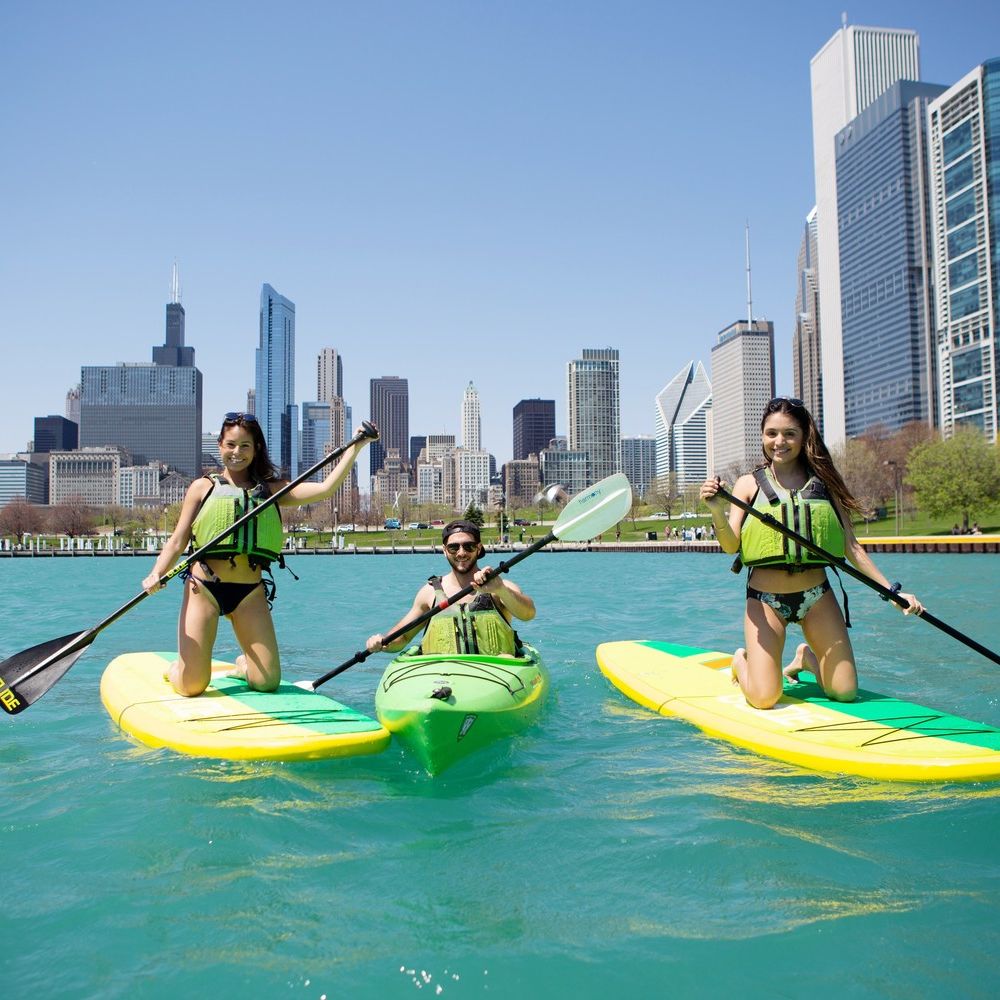 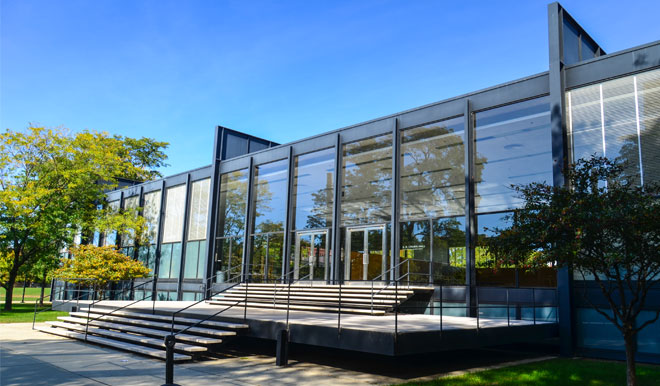