Crushed By Giants Brewing Company is a craft brewery and restaurant in Chicago’s
Streeterville neighborhood, located at the corner of Rush and Ohio.

The beer program at Crushed By Giants consists of an ever-changing draft list in a variety of styles and poured right from the tank to our taps. Our beers are only available at the brewery in Streeterville and to-go in 32oz crowlers.

Our kitchen focuses on simple, delicious, and locally sourced food meant to pair
with the wonderful beer brewed under the same roof. Our menu focuses on brewpub staples such as burgers, sandwiches, and bar snacks.

Crushed By Giants is the brainchild of Greg Shuff and his team at
DryHop Brewers, a brewery and restaurant in East Lakeview that opened in 2013. 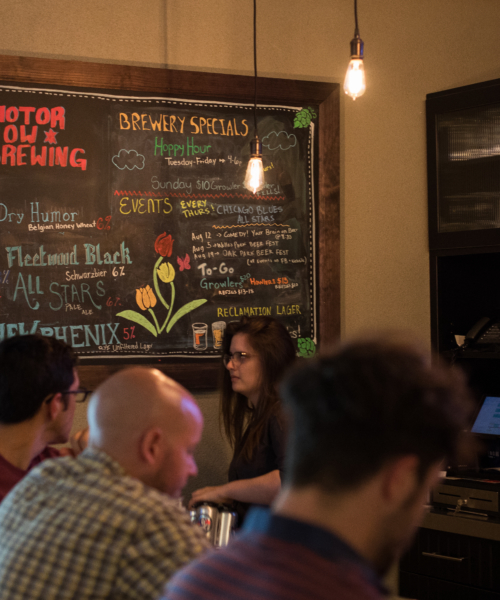