The outside of this 40-year-old community organization is covered in an ongoing mural project honoring the Aztecs and modern Latino figures. Casa Aztlan is located in a building that originally housed the Bohemian settlement house founded in 1896. In the early 1970’s, Middle European immigrants began leaving Pilsen while Mexican immigrants began to arrive in greater numbers. In 1970 through the leadership of the Brown Berets the organization became an independent community based organization and changed its name to Casa Aztlan. Like the original settlement house, Casa Aztlan provides community residents with a variety of services needed to adapt to life in a new urban environment while preserving their culture and maintaining their values. Casa Aztlan is one of the oldest community organizations in the Pilsen area serving primarily the Mexican, Latino and African-American community 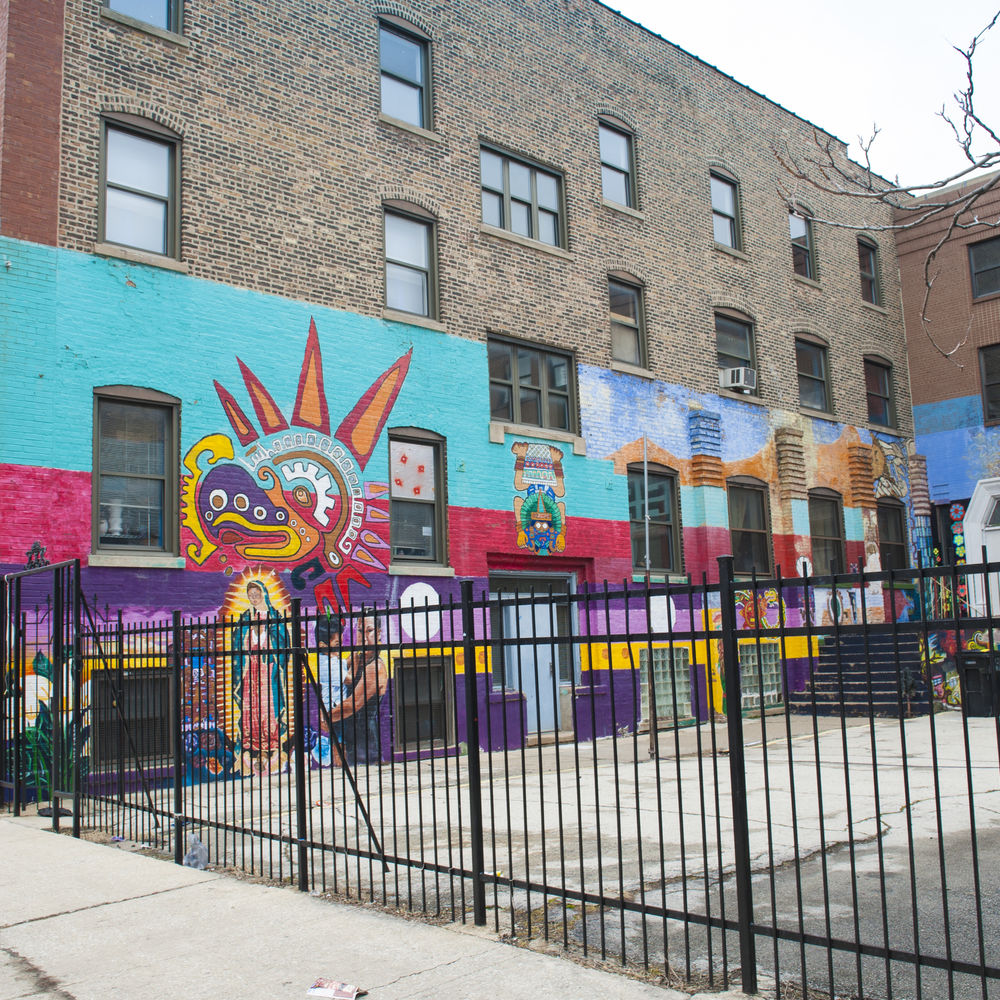