Take the whole family to a WNBA Chicago Sky basketball game on your next visit!

In 2006, the Chicago Sky joined the WNBA, and have been bringing the excitement of women’s basketball to the Chicago sports scene ever since. Their season runs from May through September.

The Chicago Sky play at the Wintrust Arena located in the heart of McCormick Square in the cities South Loop area. The team’s mascot is the Sky Guy and he is the team’s biggest fan. Sky Guy can be seen at every home game and he is always looking to make new friends, so be sure to say, “hi,” when you see him.

Sky home games also feature some great entertainment. Watch the Sky Fly Kids, which features members of the Chicago Boyz Acrobatic Team perform high energy performances that feature incredible tumbling, high flying trampoline, and awe-inspiring tricks. You can also catch the Sky Squad as they put on a remarkable display of dunking skills and magic above the rim. Finally, don’t miss the Sky Drumline bring the beat during timeouts with spirit-rousing percussions 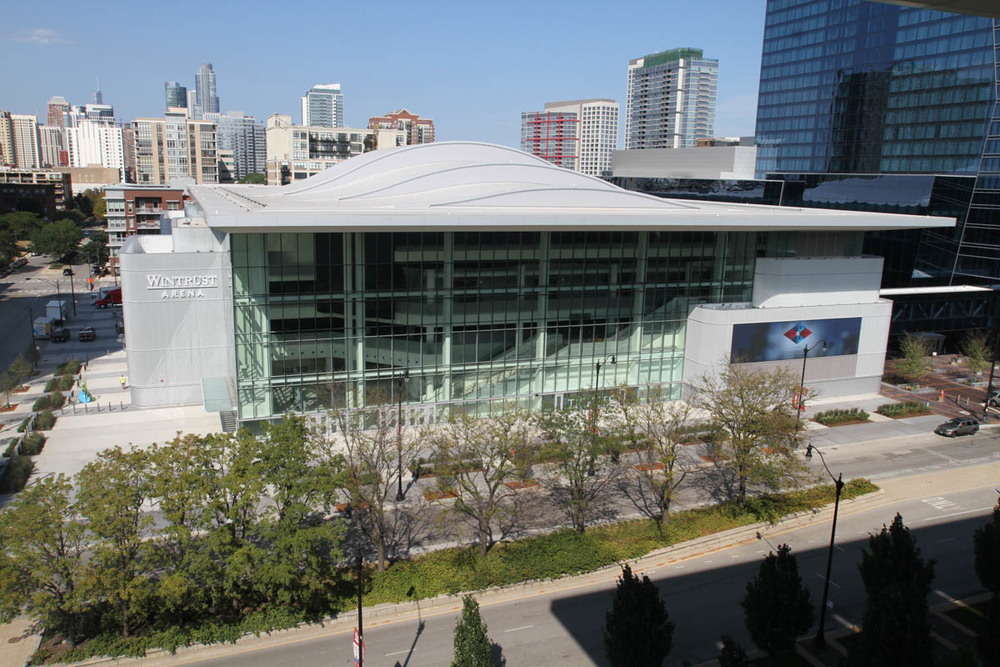 Sports and fitness in Millennium Park

Gear up for fun and fitness at Millennium Park. The iconic Chicago park is packed with ways to get your heart rate up, from downward…

Update: The Lakefront Trail will reopen to the public on Monday, June 22. The trail will be open for walking, running, biking or rollerblading from…