Chicagoans of Norwegian descent donated this monument to the Norse explorer and adventurer, Leif Ericson. They commissioned Norwegian artist Sigvald Asbjornsen (1867 – 1954) to sculpt the heroic bronze figure clad in Viking garb and standing on a massive granite boulder in Humboldt Park. Leif Ericson (c. 970 – c. 1020) is generally considered the first European to set foot on the American continent. His father, Eric the Red, established the first settlement in Greenland. During a journey from Norway to Greenland around 990, Leif Ericson landed at Newfoundland. Because he arrived on this continent well before Columbus’ journey, Leif Ericson is often recognized as the “Discover of America.” Thousands of Norwegian Americans gathered from all over the Midwest for the unveiling of the statue in 1901. 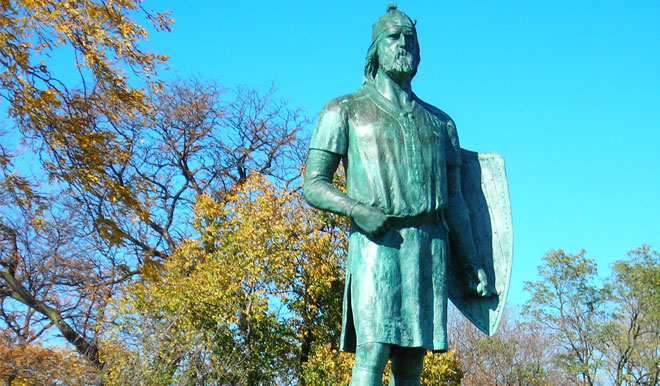