Haunted Chicago: the most supernatural locations in Chicago (part I)

Chicago is filled with wonderful attractions and friendly people, but we Chicagoans rarely dig into our dark, eerie history that has left some of the most popular spots in the city haunted. What better time to revisit the supernatural side of the city than Halloween! In part one of two, get ready to be spooked by Chicago’s haunted history. Suspend your disbelief as I take you to some of Chicago’s gravest spots, and see if you have the courage to brave them yourself this Halloween.

Hundreds of thrill seekers search for a real place, with very real history, to connect with the past and get scared along the way. Chicago is filled with eerie places for all of the thrill seekers out there to experience something truly out of this world. Let’s take a look. 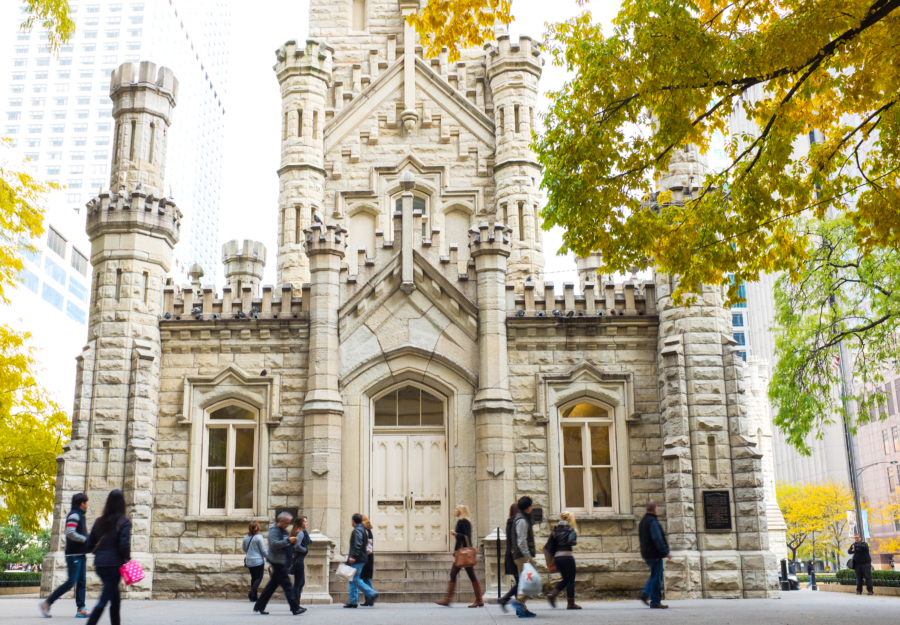 This iconic limestone building has a very popular history as it was one of the only buildings that survived the Great Chicago Fire. Built in 1869, it was one of the most modern buildings to take on the Chicago Fire in 1871. As the story goes, the fire spread throughout the city, claiming the lives of over 300 hundred Chicagoans. One worker stayed behind and tirelessly manned the pumps to dampen the street and roof of the Water Tower. As the fire surrounded the tower, and with no end in sight, the worker retreated to the top floors and hung himself. Well, it would seem that he continues to hang around today. Many tourists have looked upon the tower’s top floor windows and have claimed to see a man hanging. They have even phoned the police. As the police arrive outside, they have been said to have seen the same thing, but as they go up the stairs and enter the top floor, no such person can be found. 806 N. Michigan Avenue

You can’t help but get an eerie feeling looking up at the bold red Congress Hotel sign lit up on the hotel’s roof. This hotel was built in 1893 to help house the traffic of The World’s Columbian Exposition, also known as The World’s Fair. This large hotel has a dark and mysterious past. Rumors hold that Al Capone and members of his gang owned the hotel and committed some gruesome acts here, but these theories have met some criticism. Al Capone isn’t known to have frequented the Congress Plaza as much as some other, more notorious hotels in Chicago. Mob rumors aside, if you find yourself staying in the South Tower of the hotel, keep an eye out for “Peg Leg Johnny,” the spirit of a hobo that was brutally murdered at the hotel. The North Tower is not much better. Many security guards have been quoted as seeing an apparition of a young boy playing. This young boy is believed to be the spirit of a boy that was thrown off the North Tower roof by his mother who soon after committed suicide as well. The oddest haunting seems to be that of Room 441. No one is sure why this room in particular, but visitors have often reported seeing the outline of a woman as well as objects in the room moving, or lights turning on and off at random. Room 441 to this date still receives the most security calls. 520 S. Michigan Ave. 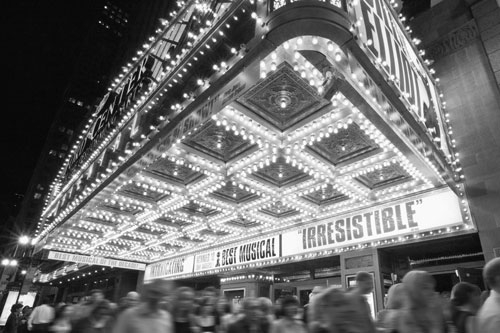 Known back then as the Iroquois Theater, the theater, advertised as “absolutely fireproof,” suffered a horrifyingly ironic fire on December 30th, 1903. As the fire blazed on, the fire doors locked trapping 2,000 patrons in the fire. When the fire was finally put out, 602 people were pronounced dead, 212 of them children. Taking more than five hours to retrieve the bodies, the alley was used as a temporary morgue where city officials could lay out the bodies and families could identify loved ones. Today, reports of faint cries, apparition sightings, and feelings of being touched or even pushed by invisible beings have been reported. Behind Nederlander Theatre, 24 W. Randolph St.

Site of the Eastland River Disaster 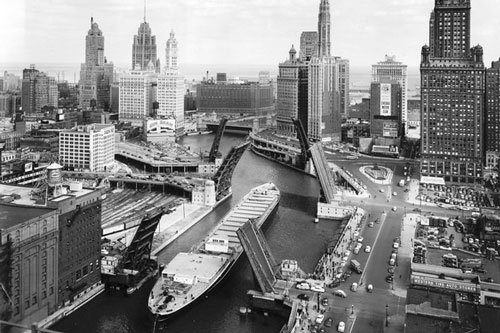 Chicago suffered one of its worst tragedies on July 25th, 1915. On this fateful day, the SS Eastland steamship suffered a terrible rollover trapping 2,572 passengers in the boat. As this occurred shortly after the Titanic sinking when much of the blame was placed on the lack of life boats, a new regulation titled The Seamen’s Act was put in place so ships would now have enough life boats for passengers. Unfortunately, the addition of these life boats to the SS Eastland caused the already top-heavy ship to rollover in the Chicago River between Clark and LaSalle Streets.

Many of the passengers and crew were crushed by the heavy furniture and most were trapped and left to drown. In total, 844 passengers and crew members died. Many Chicago establishments were used as makeshift morgues to house the retrieved bodies. The currently named Castle Nightclub and Oprah’s Harpo Studios were used, and have had numerous reports of sightings of spirits and uneasy feelings. In addition to the makeshift morgue sights, people have claimed to see spirits and uncommon wave patterns on the stretch of river where the Eastland turned over between Clark and LaSalle.

Want an insider look at Chicago’s artistic side? These open gallery and studio nights invite the public behind the scenes of some of Chicago’s most…

Published on February 21, 2020 by Samuel Schwindt

15 things to do for Valentine’s Day in Chicago

The blockbuster Andy Warhol exhibit has landed in Chicago, and the whole city is getting in on the celebration of one of the world’s most…

If you’ve ever walked around Chicago, you’ve probably spotted Hebru Brantley’s work. And Flyboy, the aviator-goggle-wearing character dreamed up by the contemporary artist and Chicago…

This October, the Art Institute of Chicago will present more than 350 works by one of the world’s most iconic artists in one show-stopping exhibit.  Andy…

The Chicago Humanities Festival is back for its 30th anniversary — and this year it’s all about power. The annual fall festival, one of the…

Published on September 23, 2019 by Kelsey O'Connor

Published on September 10, 2019 by Rosalind Cummings-Yeates 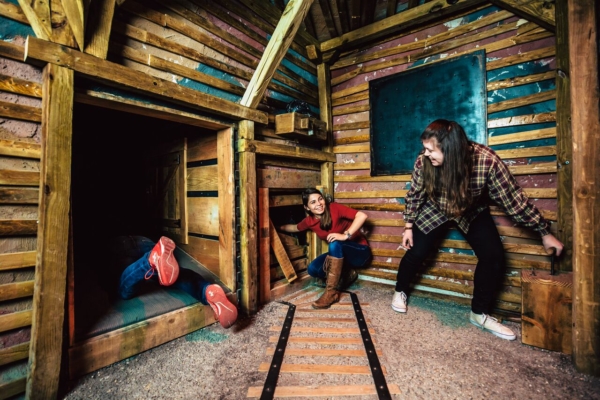 Beat the clock: The best escape rooms in Chicago

The idea of being locked in a room for 60 minutes may not scream “fun!” for everyone. However, escape rooms are gaining popularity across the…

Published on August 19, 2019 by Yvette Jaskiewicz