Composed of thousands of inlaid chips in over 250 colors, Marc Chagall’s The Four Seasons portrays six scenes of Chicago. It features a vocabulary of images informed by the artist’s Russian Jewish heritage and found in his Surrealist paintings such as birds, fish, flowers, suns, and pairs of lovers. The design for this mosaic was created in Chagall’s studio in France, transferred onto full-scale panels and installed in Chicago with the help of a skilled mosaicist. Chagall continued to modify his design after its arrival in Chicago, bringing up-to-date the areas containing the city’s skyline and adding pieces of native Chicago brick. 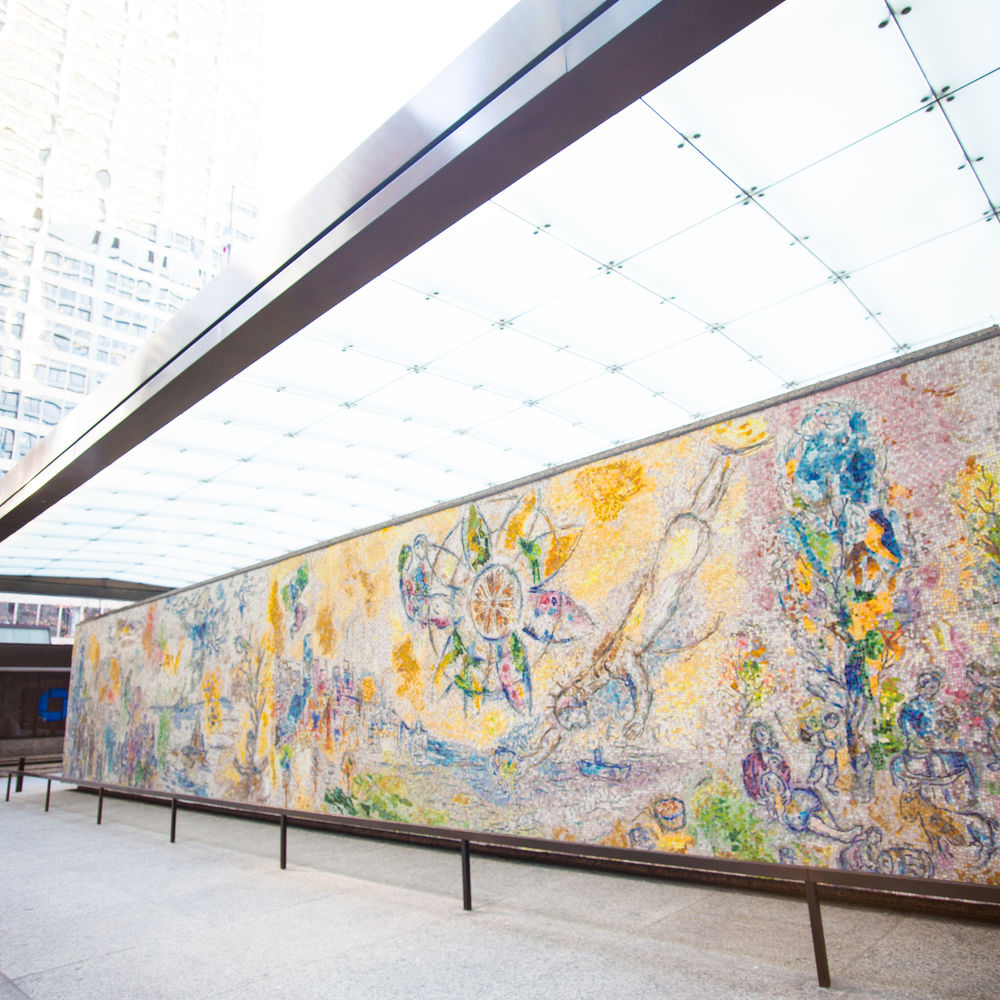 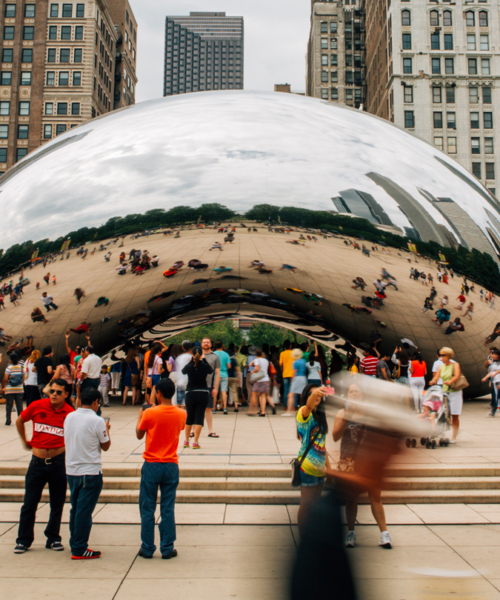 Public art in the Chicago Loop 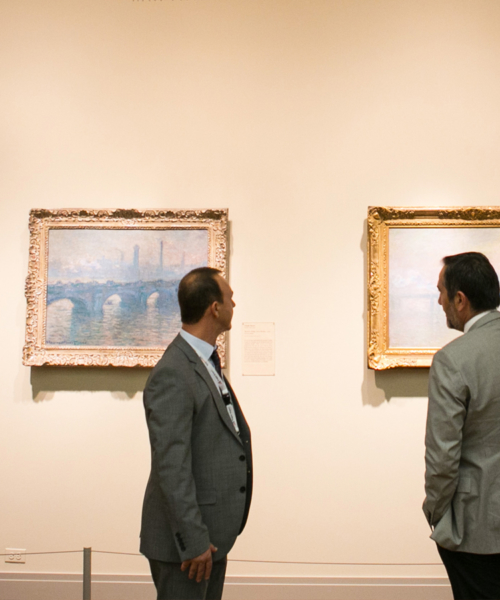