Located in Chicago’s Lakeview neighborhood, The Kit Kat Lounge and Supper Club opened its doors in 2000 and quickly became a popular addition to Chicago’s LGBTQ+ entertainment and dining establishments.

Something for cinema lovers 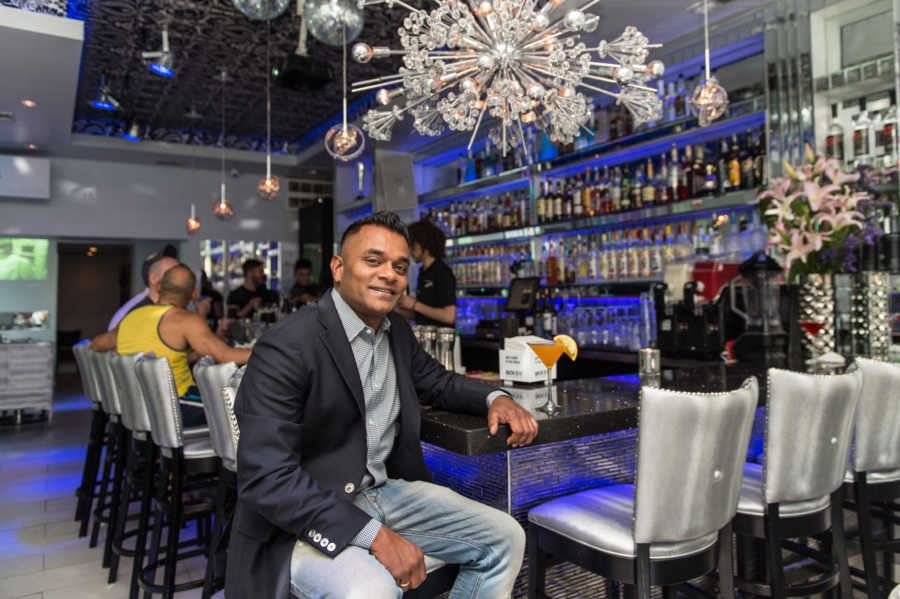 Co-owner Ramesh Ariyanayakam was happy to explain the inspiration behind the Kit Kat’s distinctive look and feel, “We wanted to create an ‘Old Hollywood meets South Beach’ vibe, hence the black and white movies with a South Beach style decor.” Indeed, the decor oozes glamour of another era with sleek design and rich mood lighting.

To enhance the effect, cinema fans will thrill to see gorgeously filmed classics from the 1930s and 1940s lovingly projected throughout the Kit Kat. Ariyanayakam explained that apart from annual upgradings of the general decor, the eatery’s theme and commitment to elegance has remained consistent.

Dinner and a show: that’s entertainment! 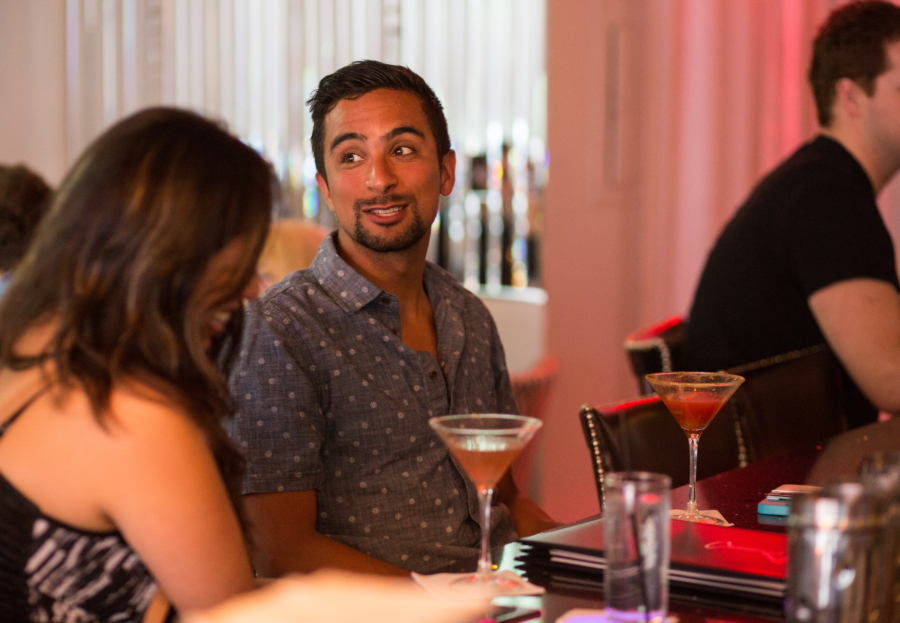 Another factor which has remained consistent after 17 years is the Kit Kat’s reputation as a top dining and entertainment hot spot, providing quality contemporary cuisine and tableside performances by an array of talented divas.

“We provide an interactive entertainment experience. We are the only venue that provides dinner and a show six days a week!”

And what a show! The Kit Kat Lounge and Supper Club boasts a roster of accomplished and charismatic entertainers. The divas currently performing tableside at the Kit Kat include Aurora Sexton, Sunny Dee-Lite, Traci Ross, Dulce Andrews, former Miss Continental Mokha Montrese, and Madame X. Shows run every 20 minutes starting at 7:30 p.m. and continue until midnight. On Saturday evenings DST (Diva Standard Time) is broadened, with shows running every 20 minutes from 6:00 p.m. through 1:00 a.m. The Kit Kat is closed on Mondays. 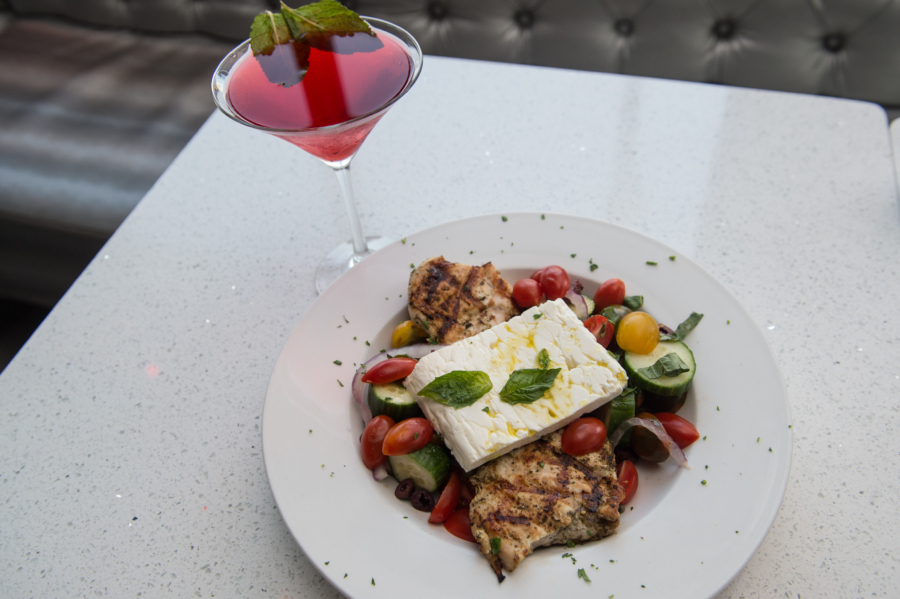 The dinner and brunch menu is unique and wide-ranging with something to tempt and satisfy every palate. The appetizer list ranges from Coconut Shrimp to Chicken Satay to Bacon Truffle Mac N’ Cheese. The Main Attraction entree menu continues the star theme with dishes including the Mae West (chicken and waffles), the Marlon Brando (steak fries), the Maria Callas (Greek salad), the Yoko Ono (salmon filet), the Rudolph Valentino (grilled portobello mushroom), the Lauren Bacall (ravioli stuffed with spinach and ricotta), and many others.

When asked his favorite, Ariyanayakam named the Brigitte Bardot (chicken paillard—lightly battered and crispy, served with arugula tossed with lemon, olive oil and shaved parmesan). When asked about the secret to Kit Kat’s terrific food he explained that a key component was the freshness. “All our dishes are house-made and made to order from scratch.”

Don’t mind if I do

The Kit Kat drink menu features a list of over 200 cocktails with over 50 martini offerings ranging from The Ruby Slipper (vodka, triple sec, and ruby red grapefruit juice) to the Berry Manillow (vodka, creme de cassis, and a splash of lime) and from the Boca (vodka and kahlua) to the Black Widow (vodka and black sambuca). Ariyanayakam’s favorite is the Ginger Pear which is vodka, ginger liqueur, fresh pear, and a splash of champagne. 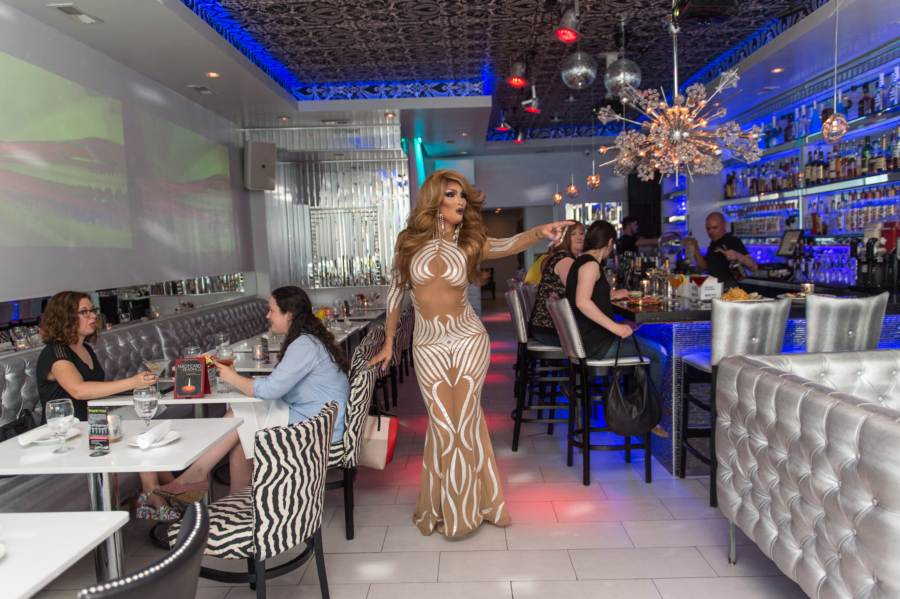 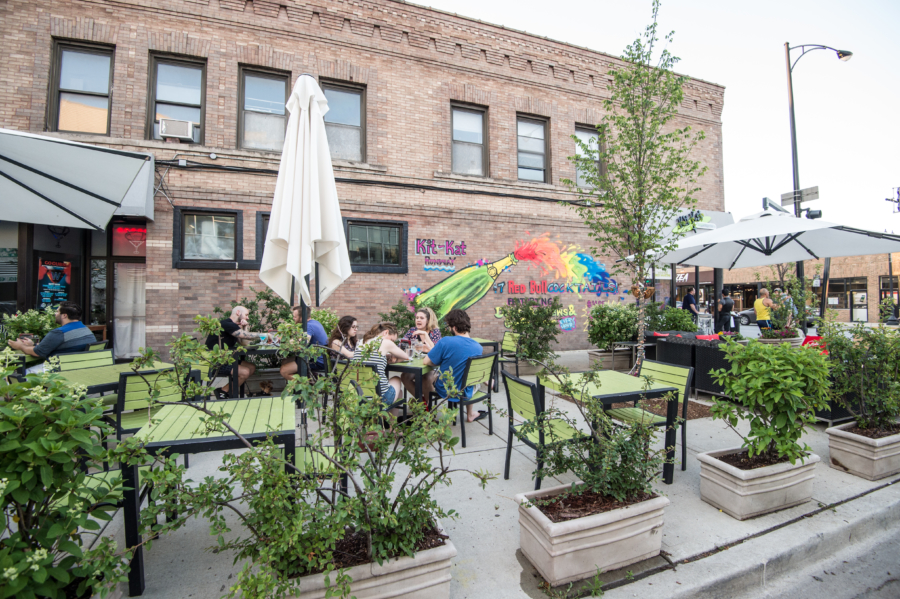 When asked about what makes the Lakeview neighborhood such a wonderful destination for LGBTQ travelers and tourists, Ariyanayakam is quick to respond that it is, “All the gay realness on the street.” And the people watching doesn’t get much better than on the Kit Kat’s sidewalk seating area.

And when asked about his top spot (other than Kit Kat) to hang out for cocktails, Ariyanayakam said he loves Sidetrack. When asked why he simply smiled and said, “Show tunes on Sunday!” 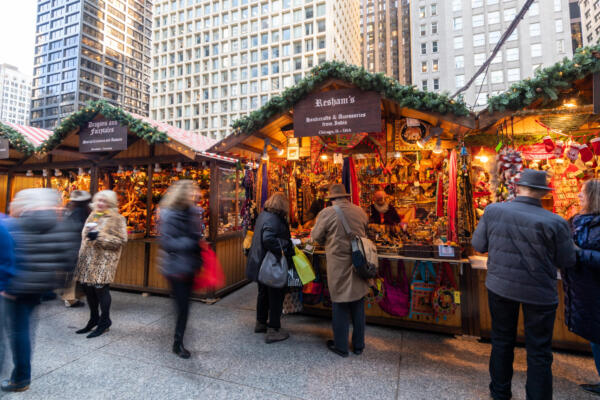