Tab Bamford is the owner of a Blackhawks blog, CommittedIndians.com, serves as a columnist and Chicago correspondent for TheFourthPeriod.com, and is a featured sports blogger for ChicagoNow.com.

He has been credentialed to cover NFL, NBA, NHL, MLB and PGA events, including the 2002 NFL Draft, 2010 Stanley Cup Finals and 2010 BMW Championship, and his work has been featured on NHL.com, FoxSports.com and CBSSports.com. Also, Tab is the author of “100 Things Blackhawks Fans Should Know and Do Before They Die” with a forward from Jeremy Roenick (Triumph Books, 2011).

Tab has attended NHL, MLB, NBA, and NFL playoff games in Chicago, as well as the NCAA tournament, the Rose Bowl, and the 2009 NHL Winter Classic at Wrigley Field. He has also road tripped to see the Cubs, White Sox, Bears and Blackhawks in eight different states, and attended the 2011 NHL Awards in Las Vegas. He is the father of Matthew and Bobby and husband of Kristin who was a Clarendon Hills Little League All Star, played football, swam and ran track at Hinsdale Central High School and played football at Taylor University (Upland, IN). He is a collector of elite sports memorabilia and a cigar connoisseur. 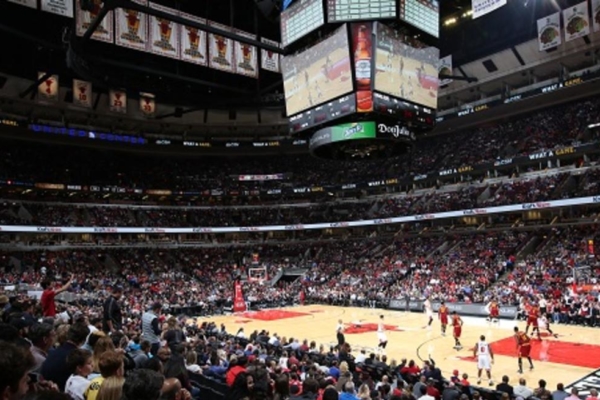 Chicago has an incredibly rich history on the hardwood. For generations, the ball played in high school gyms around this city has been as good…

From world famous performances to thrilling sports events, here are 10 things you (probably) didn’t know about the incredible history of Soldier Field. 1. The…