A memorial to Ulysses S. Grant by Louis Rebisso sits prominently in the east end of Lincoln Park. Grant was born Hiram Ulysses in Ohio; it wasn’t until he was admitted to West Point that a clerical error gave him his patriotic initials, U.S. He left the army after the Mexican American War but returned to serve in the Civil War. After he captured Vicksburg, Grant took command of the entire Union forces and helped to end the war in 1865. With no political background, Grant became the nation’s 18th President in 1869, but it is for his distinguished military career that he is honored with this statue. 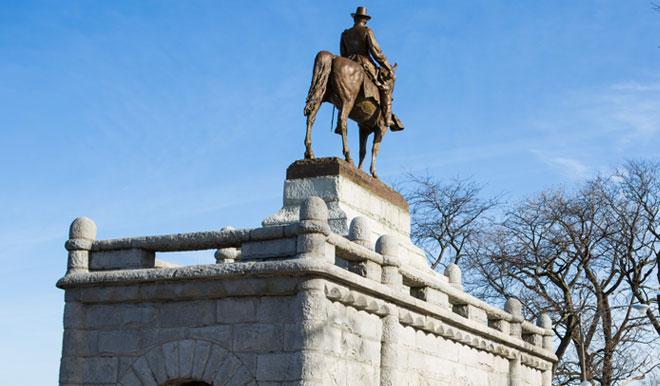