US Senator Stephen Douglas’ (1813-1861) powerful debates with Abraham Lincoln helped crystallize national policy on slavery. He was also an important Chicago land speculator and civic leader. He bought thousands of acres, with his most prized property along the lakefront in the Douglas neighborhood. He donated ten acres of this land to the original University of Chicago, which survived for three decades here at 35th Street and Cottage Grove Avenue. During the Civil War, part of the land became Camp Douglas, an army camp and prison for Confederate soldiers. The Stephen Douglas tomb and Monument Park are nearby. 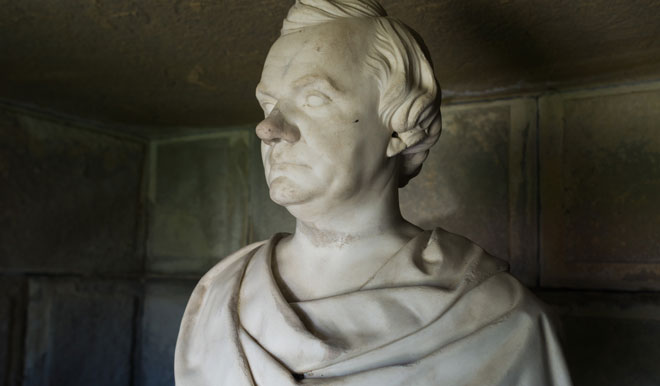