St. Adalbert’s parish has seen many changes in the surrounding area since it was founded in 1874 to serve the needs of Chicago’s Poles. This mother church of all the later Polish parishes on the West and South sides now serves the many Hispanic’s of the Pilsen neighborhood and has masses in Polish language as well as Spanish. A shrine of the Mexican patroness Our Lady of Guadalupe bears witness to the Hispanic presence. The church itself is the gift of the Poles not just to the people of the surrounding area but to all of Chicago. It is truly a city treasure. Henry J. Schlacks designed St. Adalbert Church and the adjoining rectory at 1650 W. 17th Street. The Italian Renaissance church with its twin towers and copper domes was modeled after St. Paul’s Basilica in Rome. It was completed at an estimated cost of $200,000-on the north side of 17th St., between Paulina St. and Ashland Ave. Twin 185-foot Renaissance-style towers with copper cupolas complete the façade of this imposing buff-colored basilica-type edifice which rises above the smaller buildings of the old Pilsen neighborhood. 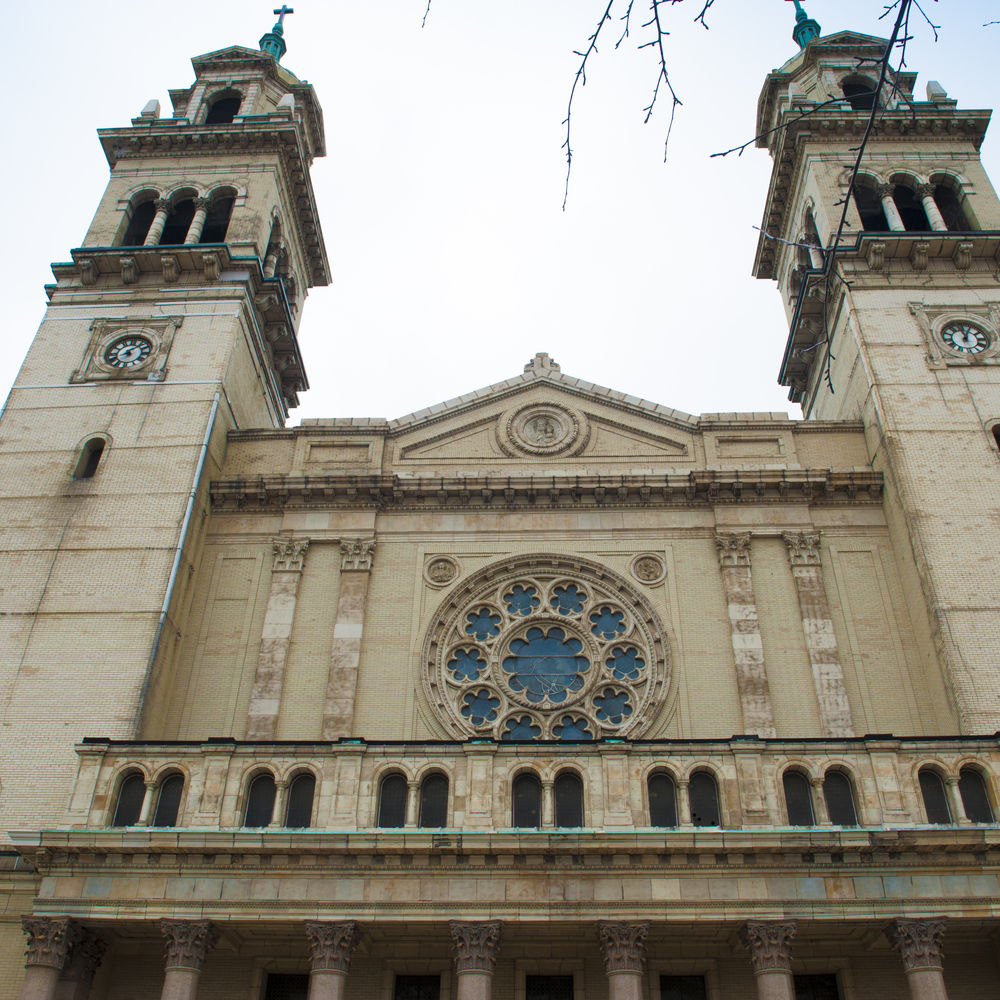