Hebru Brantley is a renowned artist from Chicago. Inspired by his 1980’s Chicago upbringing, Brantley’s work touches on tough subjects in a way that may be easily digestible to the viewer, by telling his stories through youthful characters and their adventures. Brantley’s work can be described as pop infused contemporary art inspired by Japanese anime and the bold aesthetics of street art pioneers. A keen observer of life, Brantley calls upon his characters to help create different narratives throughout his work. Brantley’s recent focus is to share energetic narratives. The Nike Running Mural on the side of the Nike Running Store in the Wicker Park/Bucktown neighborhood features four of Brantley’s quintessential Flyboy characters running along the street so fast that their shoes leave dust and smoke behind. 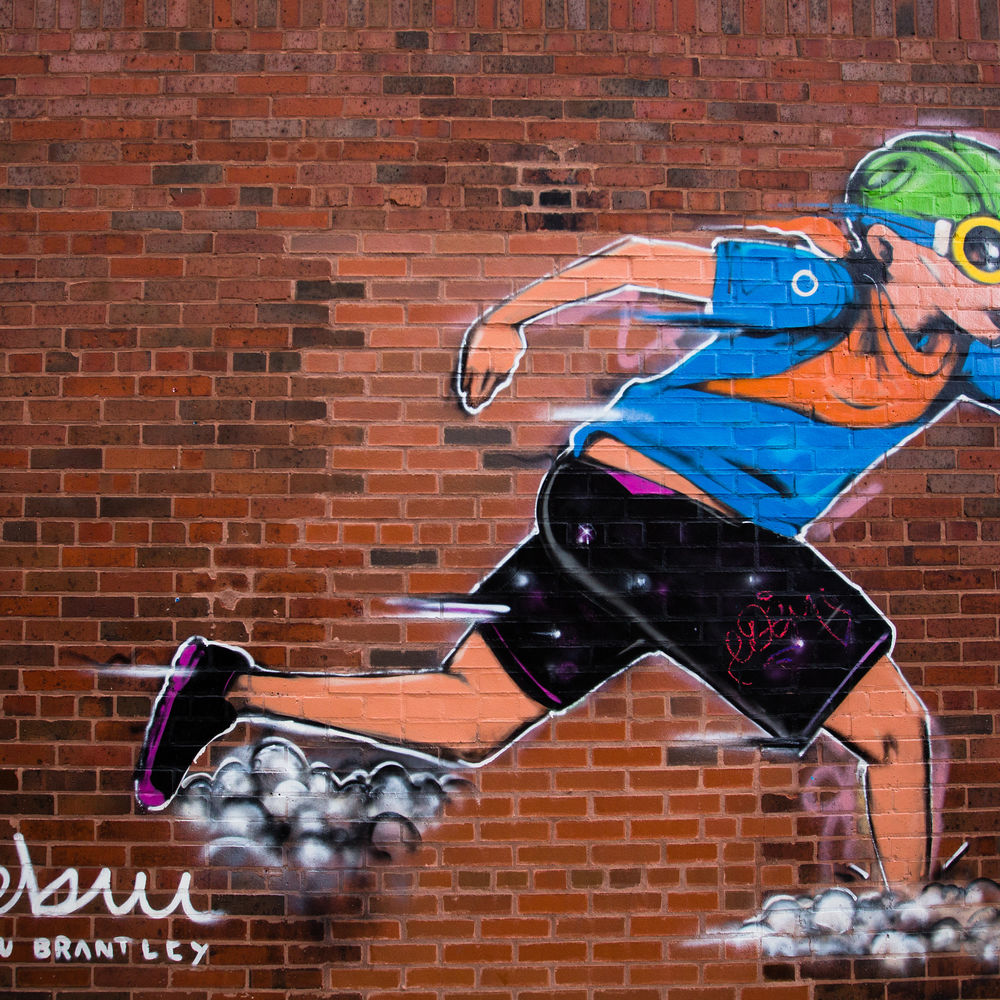 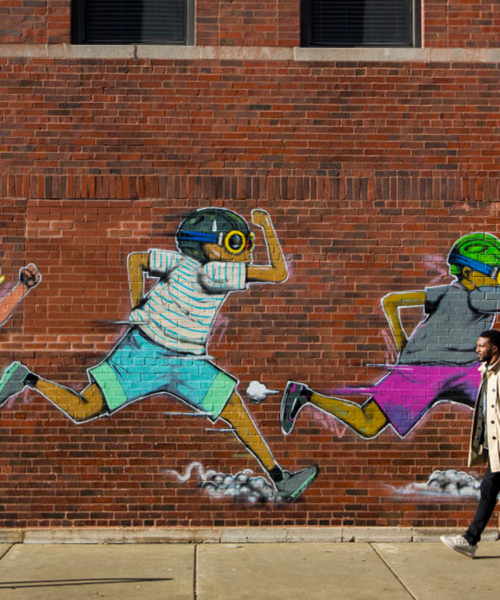