The Chicago Public Schools (CPS), in conjunction with the Mayor’s Office, Chicago Park District, Illinois National Guard, and Department of Defense, established a plan to renovate the Eighth Regiment Armory building located at 3519 South Giles. The armory, located within the heart of the Chicago’s historic Bronzeville area, is a historical landmark. The Armory was constructed in 1915 to provide refuge for the all black 9th Infantry Battalion, which fought in the Poncho Villa Campaign at the Mexican border. It was later reorganized as the 8th Infantry and was comprised of “all black” officers and soldiers from the State of Illinois which fought in France during WWI. The purpose of the Bronzeville Project is to establish a world-class urban military academy in the historic Eighth Regiment Armory that would serve students from all areas of Chicago. The Academy is the site of National African-American Military Museum, which will display artifacts and memorabilia of the black commanded “Fighting Eighth” Illinois National Guard Regiment and other honorable veterans. 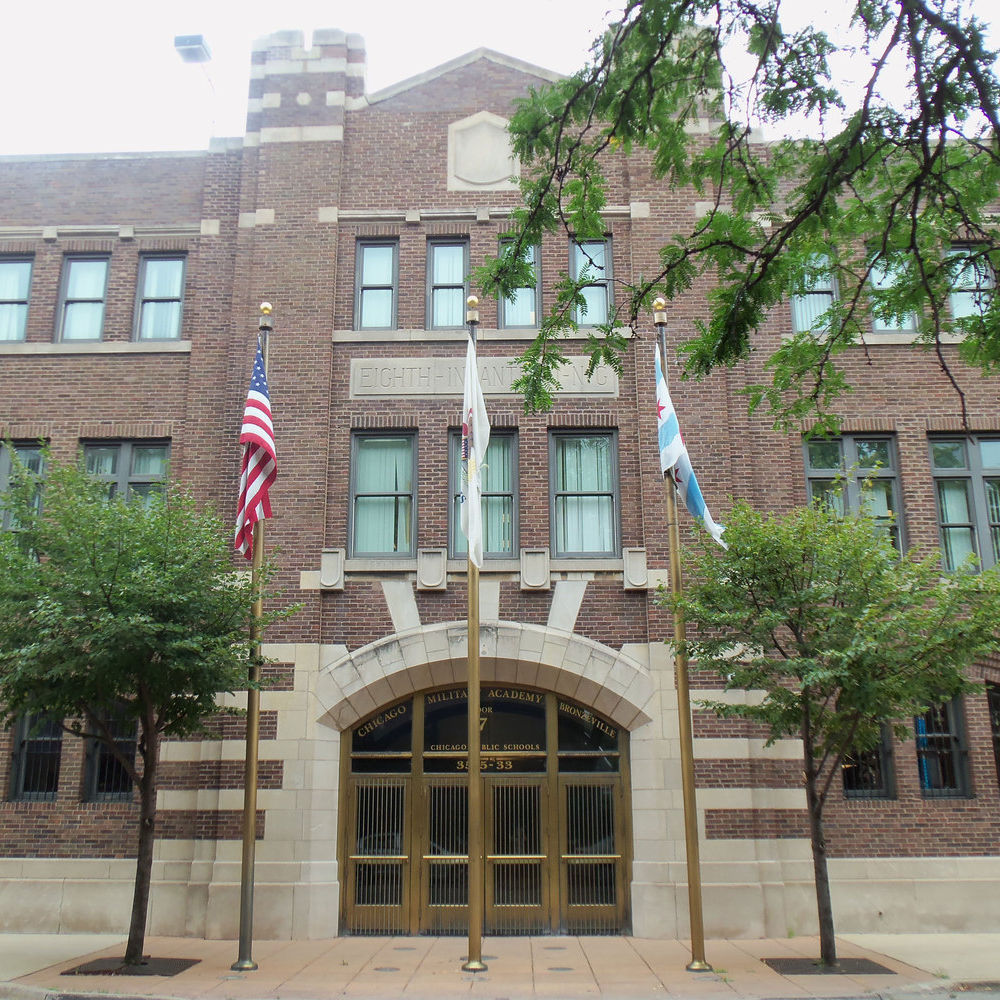