The Chicago Federal Plaza consists of three buildings, the Everett McKinley Dirksen Building, the John C Kluczynski Building and the U.S. Post Office-Loop Station. The three buildings were primarily designed by Ludwig Mies van der Rohe and completed between 1959 and 1974. Outwardly, the Chicago Federal Center reads as many of Mies’s residential and commercial works do: as abstract and non-allusive, rather than as representational architecture. Mies’s uncompromising devotion to principle, together with his vaunted sensitivity to proportion and structural detail and, in this case, the organizational scale combines to give the complex a monumental urban presence. 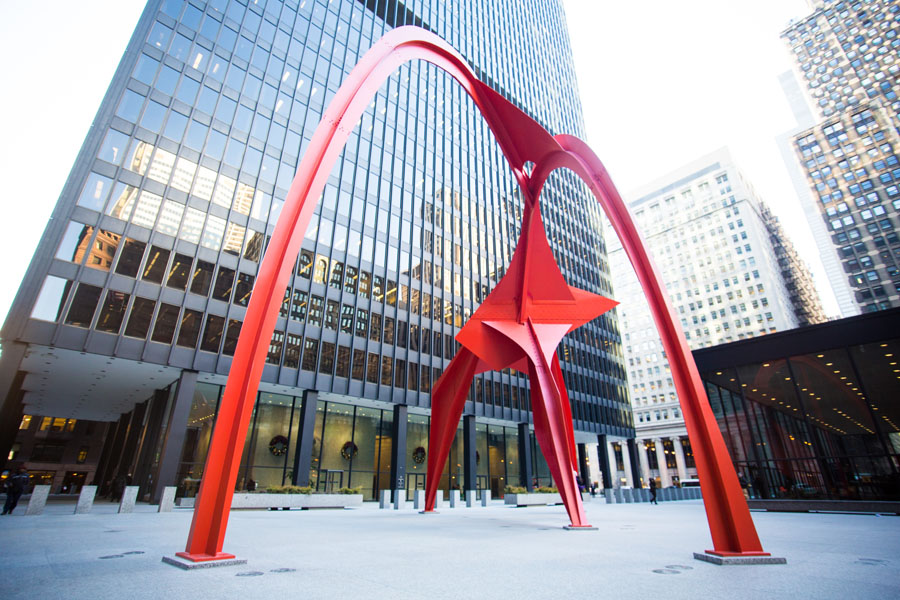 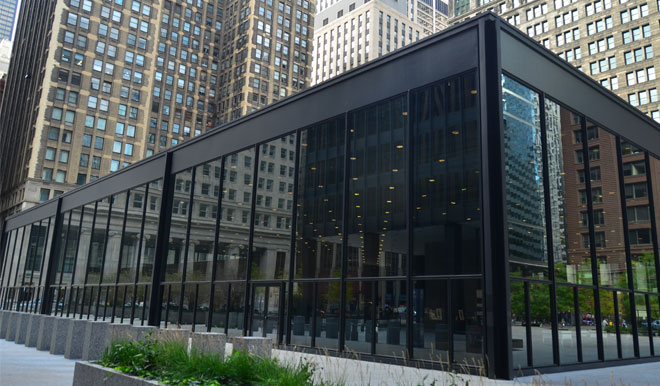 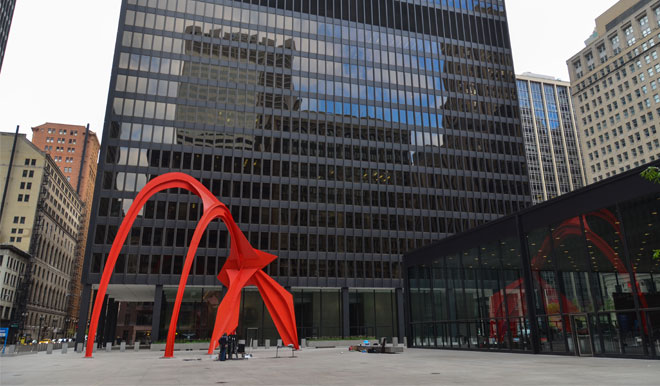 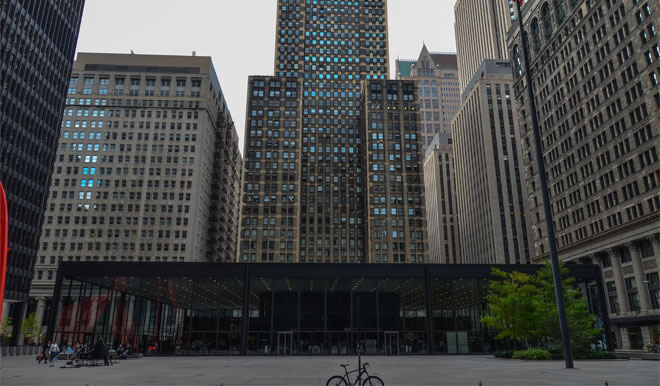