In Chicago, every neighborhood is home to a diverse community of small businesses. This month, we’re celebrating Asian American and Pacific Islander Heritage Month by featuring some of the city’s most beloved Asian-owned businesses.

Meet the people behind a James Beard Award-winning restaurant, a bookstore dedicated to Asian art and history, a group showcasing Chinese culture, and more. These are stories you can only find in Chicago. 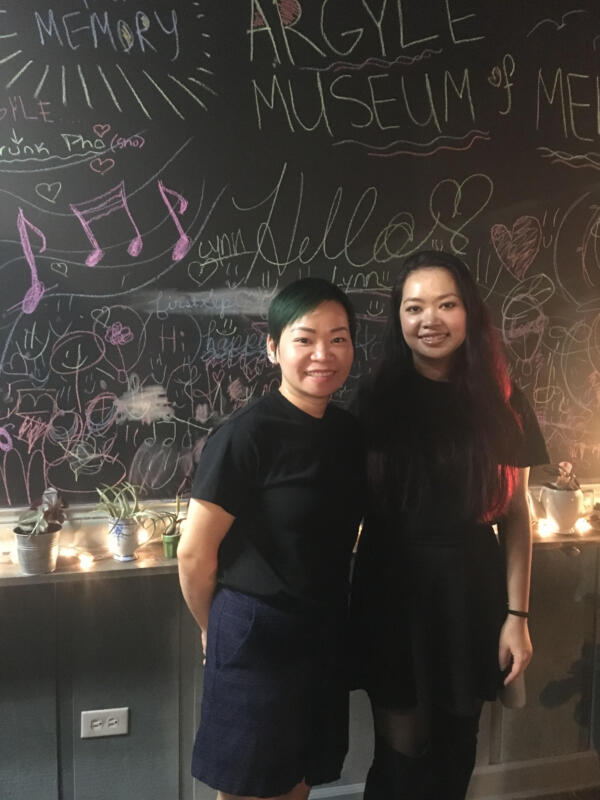 How did you get inspired to open a coffee shop on Argyle Street?
I grew up in the neighborhood and my parents owned Cafe Hoang down the street. We noticed this empty storefront on Argyle Street, so we saw this as an opportunity to be the first coffee shop in the neighborhood. At first, we knew nothing about coffee. We didn’t really even know the difference between a cappuccino and a latte. So we had to learn everything as we went. But what’s made that really beneficial for us, is that we don’t feel boxed in like we have to stick to certain rules.

What role does the coffee shop play in the community?
We host a lot of events and we always want to make sure that it’s free and open to the public. We’ve done pop-up markets, dance parties, fundraisers, and a book club here. People come in here to do their work, they’re meeting with friends to catch up, they’re having their first dates here, a lot of activists and artists come here to meet and just exchange ideas. It’s become kind of like a community hub and and it’s been really inspiring. 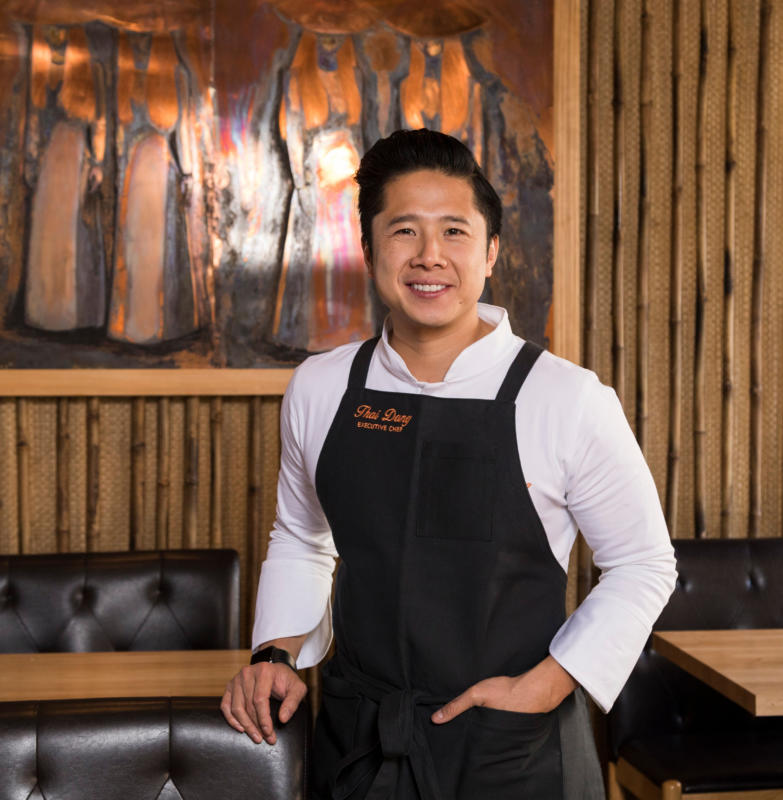 Thai and Danielle Dang are the husband and wife team behind Haisous in Pilsen.

How would you describe the food at Haisous?
I always say I have one foot in Vietnam and one foot in America. I wanted to go back to my roots. I wanted to cook what my mom taught me, what I grew up eating. I am so honored to be able to do that and do it in my own style, in my own way.

The food that I create here is literally a representation of what I grew up eating in Vietnam. Every single guest that comes through our door, we want to give them something like I would cook for my family.

What does it mean to you to be part of Chicago’s restaurant scene?
The Chicago dining scene is such a culinary destination. It has so much diversity. We have chefs that are pioneers here. Knowing that I was looking up to these people and now here I am, part of it — it’s such an amazing feeling. 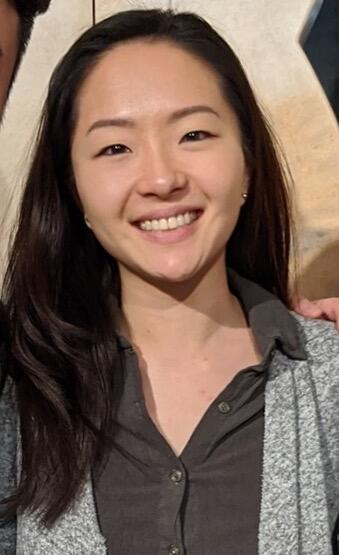 Amy Li is the director of Paragon Books in Bridgeport.

Tell us about your role at Paragon Books.
I helped open this new location here at the Zhou B Art Center. And since we sell art books, it worked perfectly. The founders are Chinese-American artists, and it’s a whole community of contemporary artists from all sorts of backgrounds. It was just the perfect symbiotic relationship. I’m also very grateful for the arts scene here in Chicago, because if it wasn’t for them, I don’t think our brand of bookstore would really be sustainable.

What is the mission of Paragon books?
In terms of Asian history that’s not related to World War II, usually it’s not really learned in American high schools. We want people over here to know what Asia is now. Not just what was, but what is. And we’re hoping that with this new location, people can stumble across us and they learn something. We’re a bookstore about art and humanities, but you never know what you can find in our space that might interest you. 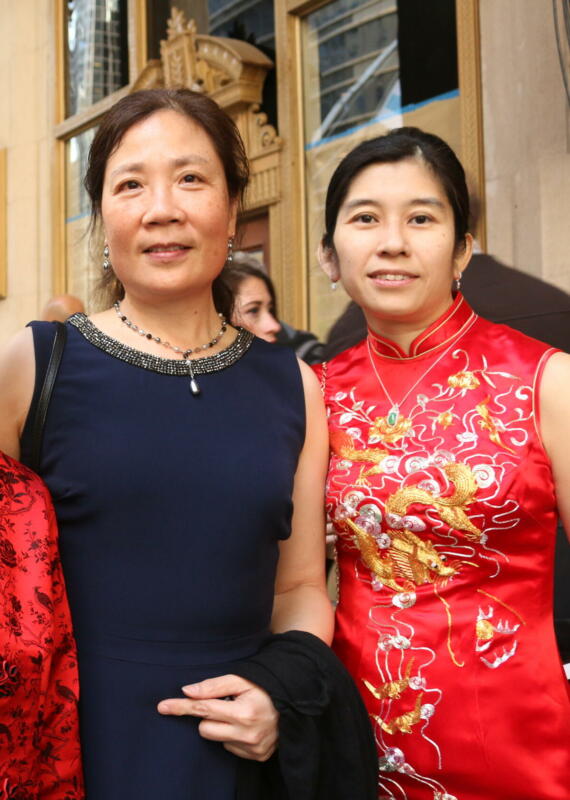 Kelly Cheng runs Sun Wah BBQ, winner of the America’s Classics Award by the James Beard Foundation, with her family in Uptown.

Tell us about Sun Wah BBQ.
My parents immigrated to the U.S. from Hong Kong, and we started on Argyle Street in about 1987. Their mission was to make fresh homemade food and let people enjoy it. And over the last 10 years in the Broadway location, we have slowly started educating people about what real Chinese food tastes like.

How did you get involved with the restaurant?
I started working at the restaurant with my parents when I was about eight years old. It was something that you had to do because it was your duty. But by the time I finished my MBA and was attempting law school, I was burned out. I quit and moved to Hong Kong. I was traveling around Asia, and everywhere I went, it was all about eating. And I finally realized that I like work and I like the atmosphere of the restaurant.

What do you think is the importance of restaurants like Sun Wah?
I think that throughout the last decade or so we have done quite a bit in teaching people about our culture and our food. And a lot of our customers have realized, wow, these guys are just like us. They have a family that they care about. They have food that they want to share. It’s just like every other family that’s out there, you know? 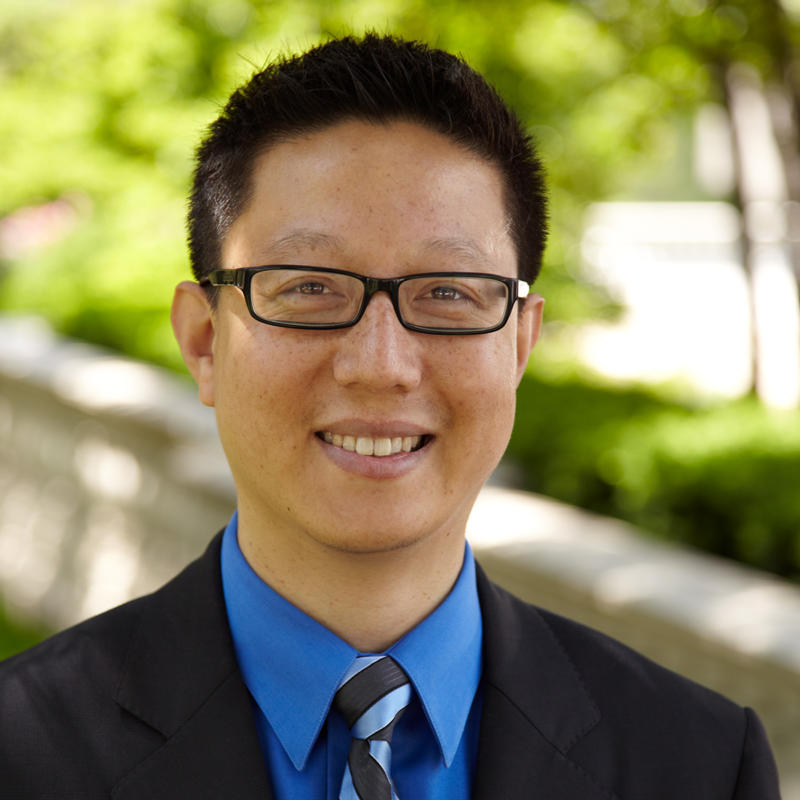 Z.J. Tong is the president of the Chicago Chinese Cultural Institute.

What was your goal in founding the Chicago Chinese Cultural Institute?
I came to the U.S. in 1998 and went to grad school to study communications. It might sound cliche, but I wanted to be a bridge between two countries.

Many Americans may not know China that well. Their only exposure to China is visiting Chinatown. And they might not be able to get to know the culture and the people. So I developed a cultural program for Chinatown and for Chicago to help bridge that gap.

What do you think is important about the organization’s mission?
It’s a way to show people there are other people in the world who live just like them, and have their own arts and traditions, and they can feel close to a culture that might otherwise feel very foreign. When people can’t travel internationally, it’s so important to have these neighborhoods where people can still experience another culture. 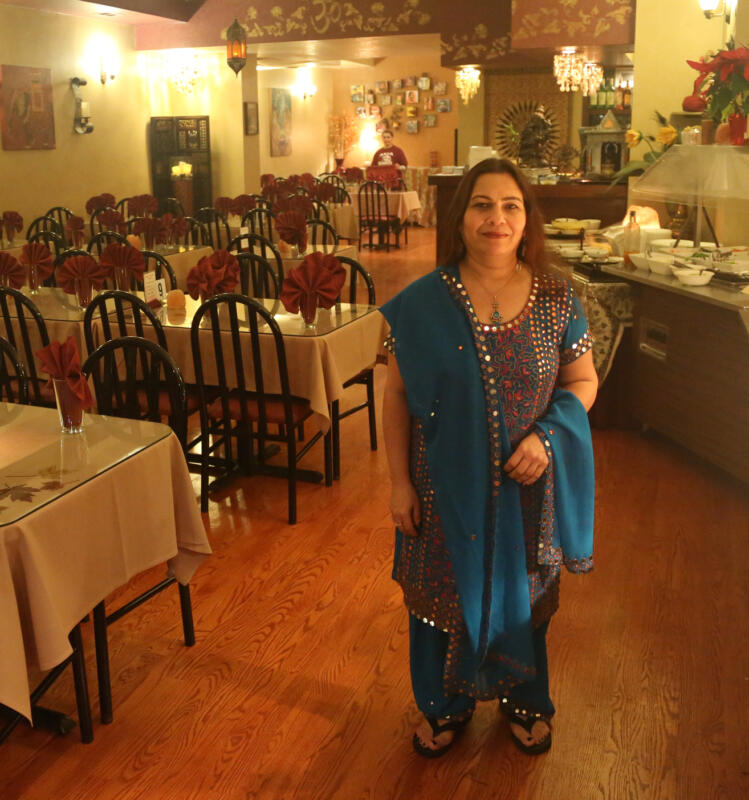 Kirti Sheth is the head chef at Arya Bhavan in West Ridge.

How did you become interested in food and veganism?
I grew up on my family’s farm in India so eating plant-based, fresh foods is all I’ve ever known. I always say I’m vegan by birth.

What was your goal when opening Arya Bhavan?
My mission has always been to share my love for healthy food with others. We first opened as a vegetarian Indian restaurant and then we transitioned to 100% vegan and gluten free.

We use ayurvedic spices, which are not just full of flavor; they are packed with essential nutrients and have many health benefits. Even my desserts include spices, which give them a surprising Indian twist.

What do you love about the Chicago dining scene?
Chicago is a very diverse city with lots of different cultures, which can be seen first and foremost in the diversity of the restaurant scene. You can get anything on Devon Avenue. There are so many different ethnic foods and international markets. It was my dream to own a restaurant here, so I’m proud to say that we are business owners on Devon Avenue. 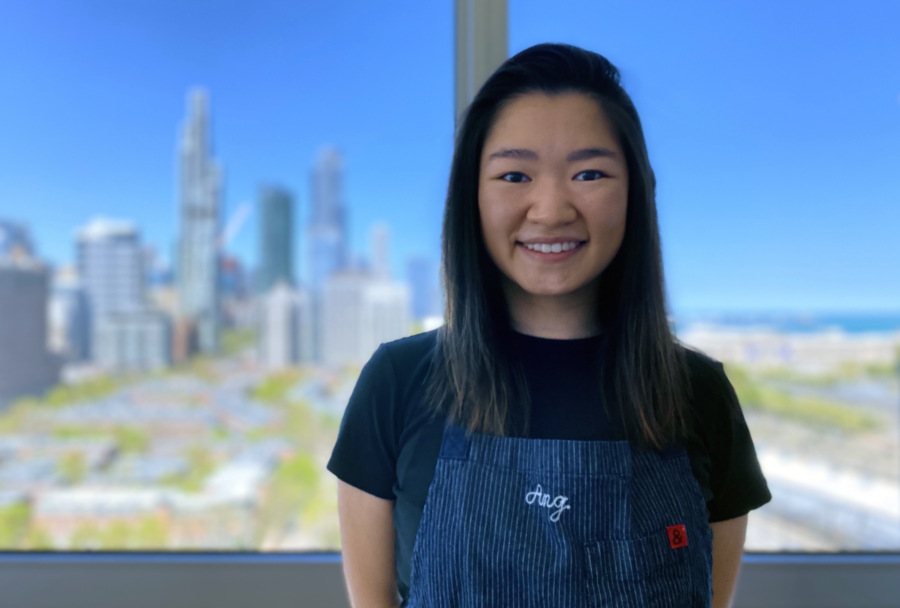 Angela Leung and her family own Hing Kee and other beloved Chinatown restaurants.

How did you get into the restaurant business?
I’m a second generation business owner. My parents have been involved in Chicago’s Chinatown for quite some time now, being serial entrepreneurs. They’re hard-working people — they work probably 100-hour weeks, seven days a week.

I do everything from making the noodles to business admin stuff.  I definitely grew up at the restaurant. It was such a huge part of my identity and always a calling to be a part of the food business.

What do you think makes Hing Kee unique?
I think what makes Hing Kee special is all the family recipes that are made with love. We make all the fillings, the dumpling skins, and the noodles from scratch. This is very much a family establishment. It’s hard to put into words, but it is quite special.