St. Basil Greek Orthodox Church was built in 1910 as Anshe Sholom Synagogue. According to George A. Lane, “it housed the intelligentsia of West Side Orthodox Jewry.” Designed by architect Alexander Levy, the Greek Revival temple contained pews upstairs where women were required to sit, apart from their husbands, during services. By the 1920s the synagogue was no longer within walking distance for most of its congregation because so many Jewish families had moved to the Lawndale neighborhood. In 1927, the building was transformed into a Greek Orthodox Church. In its April 9, 1927 account of the dedication, the Greek newspaper Saloniki noted that, “Over two thousand Greeks of both sexes, young and old, participated” and that more than 600 people had to stand in the aisles because “the 1,450 seats of the church were occupied long before the beginning of the ceremony.” 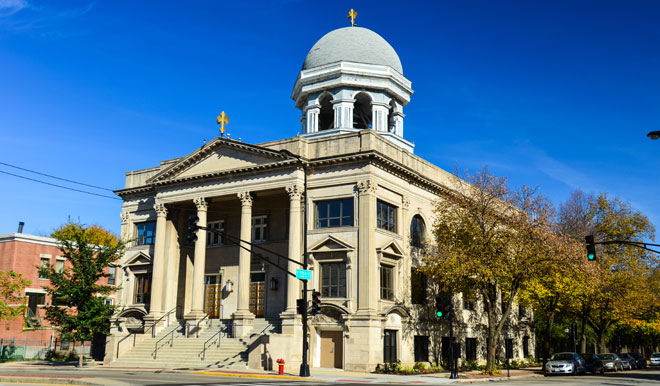 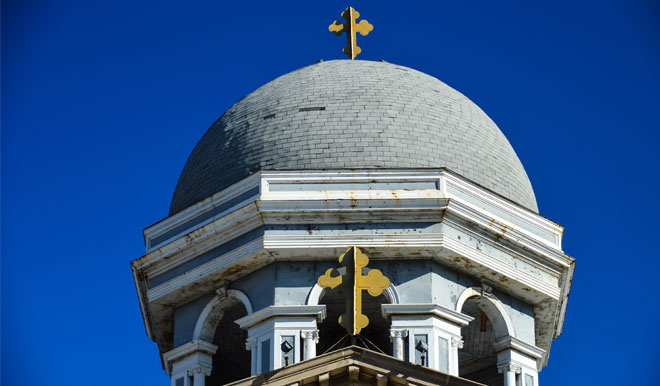 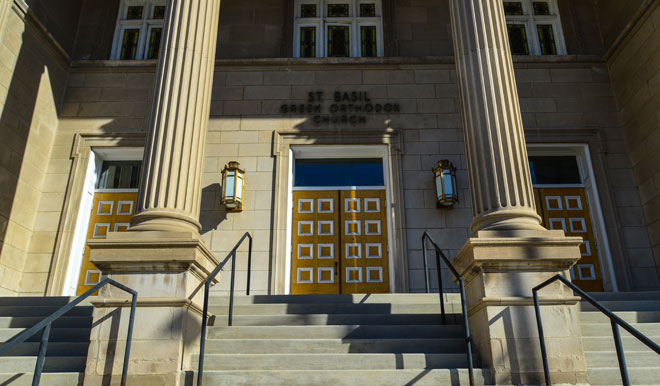