This area was settled in the 1850s by German immigrants, whose community life centered around St. Michael Church. The Fire of 1871, however, destroyed all of the houses and most of the church. Small frame Worker’s-style Cottages were built again, until a city ordinance was enacted that prohibited further wood construction. Brick and stone were then used to construct larger houses; the district’s eastern portion was developed with row houses and apartment buildings. In the 1940s, a renewal of community concern brought about one of the nation’s earliest neighborhood revitalization efforts, which helped preserve this area’s narrow tree-lined street and distinctive architectural character which features at least one fire relief cottage and a few brick buildings designed as garages with apartments above. The apartments were for the chauffeurs of the nearby Gold Coast residents. 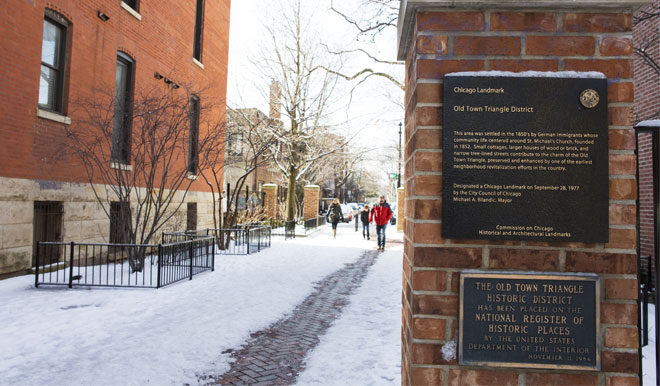