This 9-ft bronze statue was completed in Rome, Italy on July 22, 1892 by Moses Ezekiel, a leading American sculptor. It was commissioned by the owners of the Columbus Memorial Building for the opening of the 1893 World’s Columbian Exposition. When completed, it received the blessing of Pope Leo XIII and was shipped to Chicago. It was first displayed at the Italian Pavilion at the 1893 World’s Columbian Exposition. Then it was moved to the corner of the newly constructed Columbus Memorial Building, located on State and Washington Street in downtown Chicago. The Columbus statue lost its perch on the Columbus Memorial Building when the building was torn down in 1959. The statue is now located in the center of a granite fountain in Columbus Plaza of Arrigo Park on the corner of Loomis and Polk Street in the Old Italian section of Chicago. 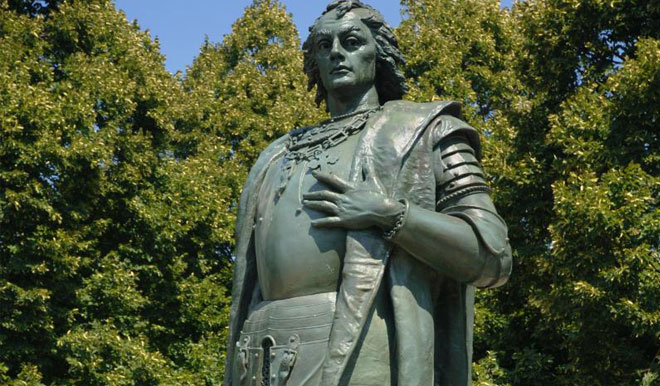