These two bison were originally made for the 1893 World’s Fair that Chicago hosted by Edward Kemeys. Much like the buildings at the fair, the two bison were made of plaster and meant to be temporary. In 1911 the bison were cast in bronze and placed at the entrance to the formal rose garden in Humboldt Park. 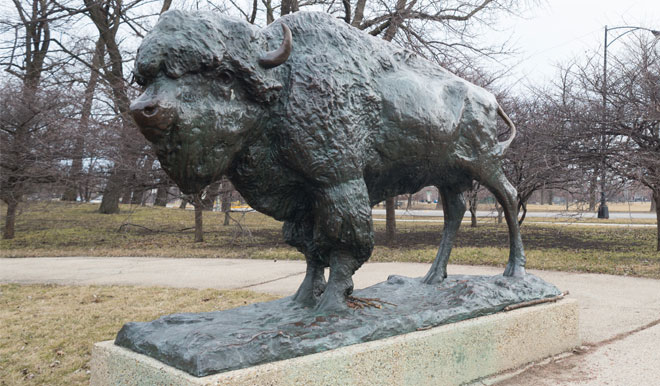