Opened in 2003, ArtDeTriumph is a gallery/store to showcase Nancie’s work as well as other Chicago artists working in a representational style. Over thirty one-person shows in Chicago from 1988 – 2011 as a result of painting trips to the following: China, Hong Kong & Singapore, American Southwest, Peru, France, England, Scotland, Greece, Italy, Amsterdam, American South & East, Wales, Ireland, Austria, the Czech Republic, Spain, Mexico, the Bahamas, New England, the Midwest, the neighborhoods of Chicago.

Hours of OperationOpen 7 days a week, call for hours 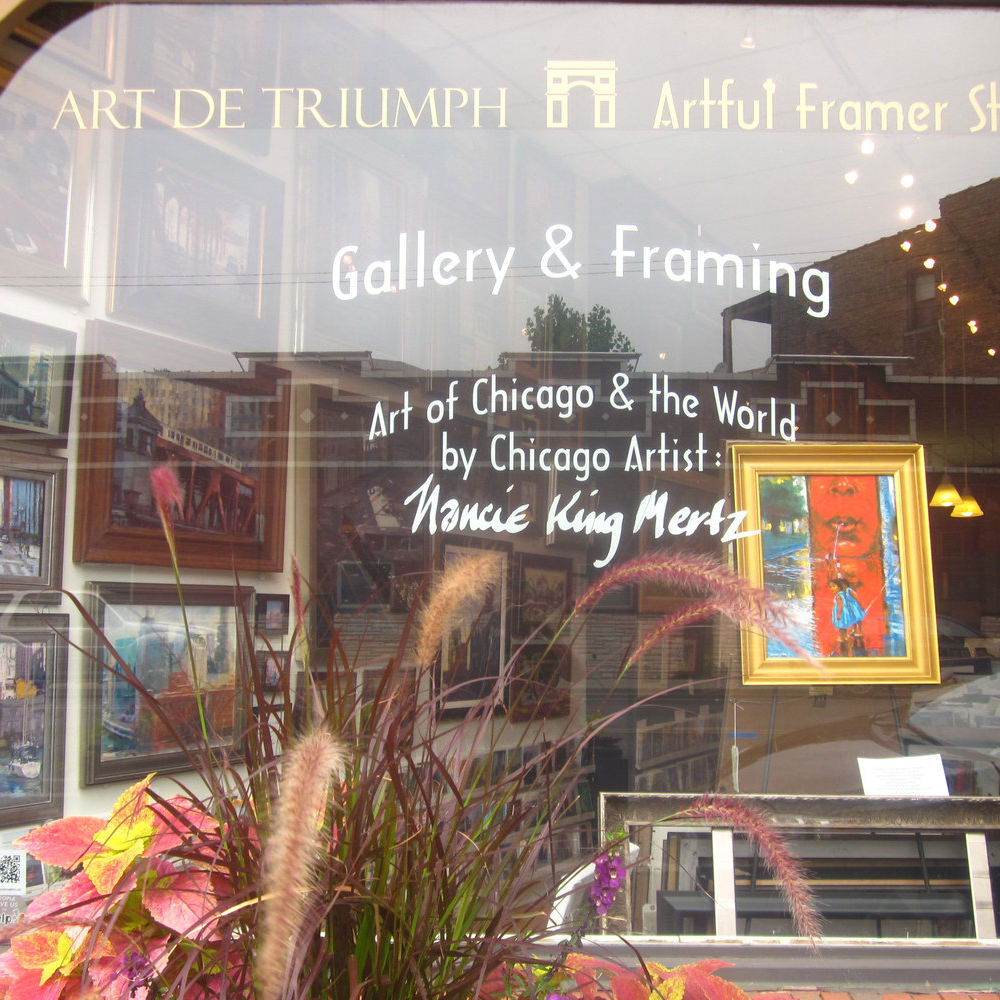