Robert Dubac’s newest Off-Broadway hit, THE BOOK OF MORON, has been described as one of the most “Hilarious” “Intelligent” and “Scorching” satirical attacks on idiocracy since Mark Twain. (And “idiocracy” isn’t even a word. How dumb is that?)  The New York Times raves, “Riding shotgun with intelligence and absurdity, THE BOOK OF MORON crashes headfirst into the barriers of sex, race, religion, politics and the media. It may be offensive to some but there’s laughter for all!”

Having been brainwashed by a culture that worships Kardashians over character, Trump over truth and selfies over self-effacement; Dubac begins his journey with one simple question. Who am I? What do I believe? What’s the point? Okay, that’s three questions but suffice to say, he has no answers. Just voices. Inner voices who come to life with precision and wit. One by one they pull him into a hysterical alternative universe of critical thought in search of the bigger picture.  It’s a head trip on a banana peel.

THE BOOK OF MORON is a fast-paced, hilarious production that combines satire and theater into what is being described by critics as: “Razor-sharp!” “Laugh Out Loud!” “Provocative!” “Thought Provoking!” “Brilliant!” and “A Thinking Man’s One Man Show!”

If you are yearning for some satire that cuts with a shrewd sharp edge or are just plumb tired of adolescent comedies generated by the mediocrity of television; then buckle up for a hilarious joy ride over the pot-holed highways of cultural hypocrisy with Robert Dubac’s THE BOOK OF MORON!  It’s comedy on steroids. Think your funny bone can handle it?

All patrons, regardless of age, must have a paid ticket for admission. ROBERT DUBAC’S BOOK OF MORON is recommended for ages 13+

The Broadway Playhouse at Water Tower Place joined Broadway in Chicago’s family of historic theaters in September 2010, after undergoing an extensive renovation and makeover… 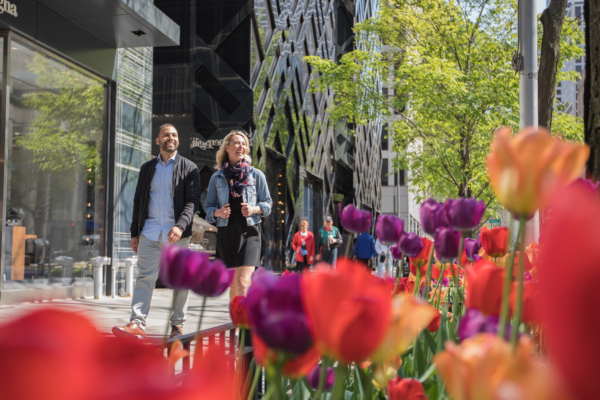 The Broadway Playhouse at Water Tower Place joined Broadway in Chicago’s family of historic theaters in September 2010, after undergoing an extensive renovation and makeover…