It’s only a matter of time before the leaf peeping guides take over your timeline. Here’s where you can go to fill your feed with Instagram envy.

Millennium Park Campus is a picturesque escape all year, but the oranges, yellows and reds reflected in The Bean make for stunning photos that will make your friends wonder why they aren’t in Chicago.

Not only is the zoo a free and accessible stop for visitors, but the Lincoln Park Zoo is Chicago’s magnum opus of fall foliage. The Nature Boardwalk offers stunning skyline views and a unique honeycombed background for your photos.

Make your way to Promontory Point for stunning views of the skyline juxtaposed with fall colors. Nearby Hyde Park makes for a great fall day— Jackson Park and the University of Chicago campus make stunning outdoor subjects, and you can duck into a museum if the weather takes a turn.

My kind of town. : @rkdeeb #ChicagoHome

Getting cozy with great music has always been easy in Chicago. The city’s contributions to jazz and blues are best showcased at venues like Kingston Mines, Buddy Guy’s or Winter’s Jazz Club.

Look out for big name shows at the Chicago Theatre and the House of Blues, both of which have Instagram-loving marquees year-round. For emerging artists, see who’s topping the bill at Thalia Hall, located in an 1890s landmark building and modeled after the Prague Opera House. Or stop by Lakeview’s iconic Metro Chicago, where the party continues on underground. 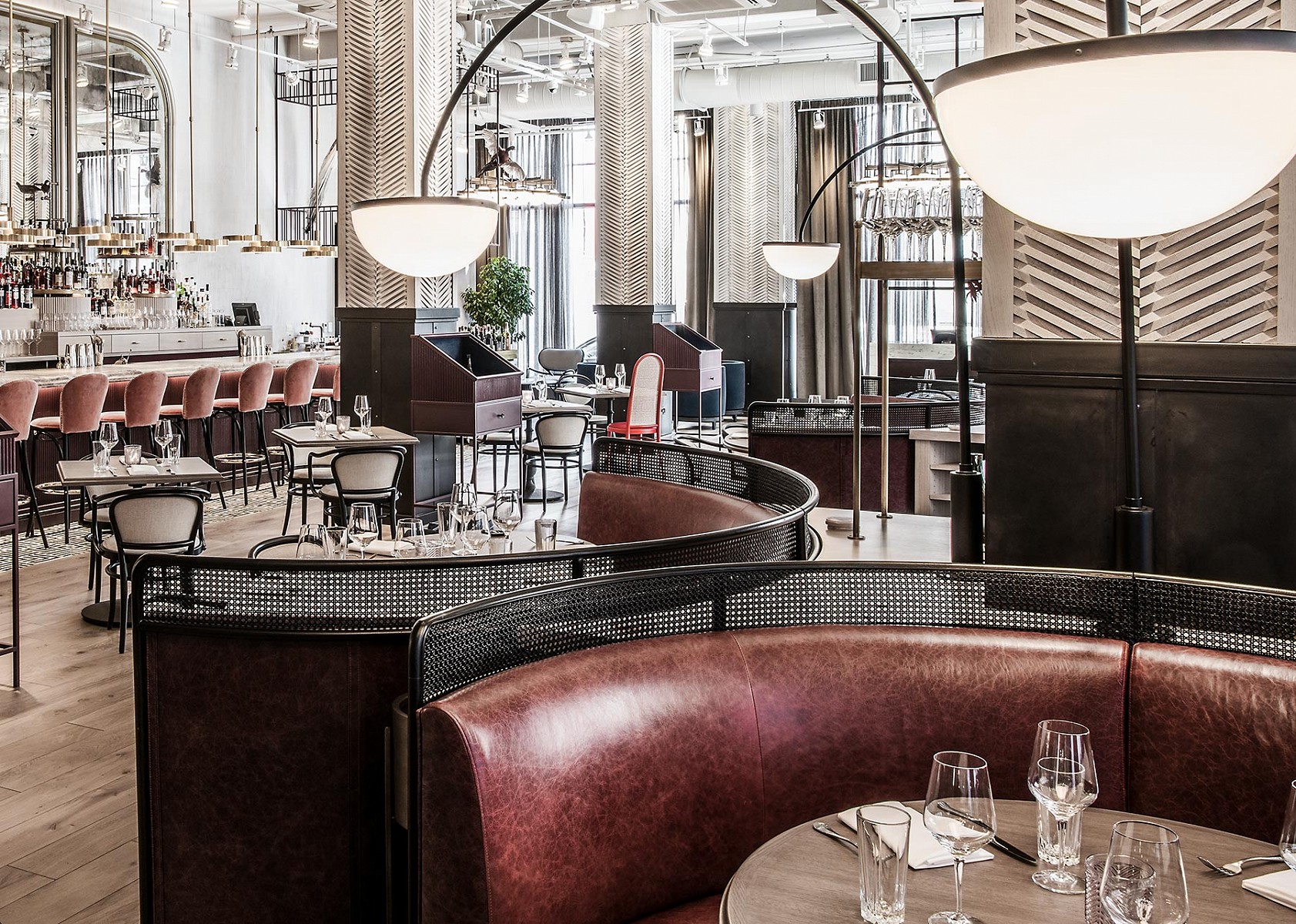 The West Loop is hailed the world-over for its incredible dining scene, concentrated along Randolph Street’s Restaurant Row in the West Loop.

Instagrammable highlights that have popped up over just the past year include Aba, featuring mediterranean dishes served in an interior and patio area that your camera will adore; Bellemore (pictured above), which built an entire restaurant concept after creating the photo-worthy oyster pie.

Read up on some of Chicago’s most beautiful restaurants. 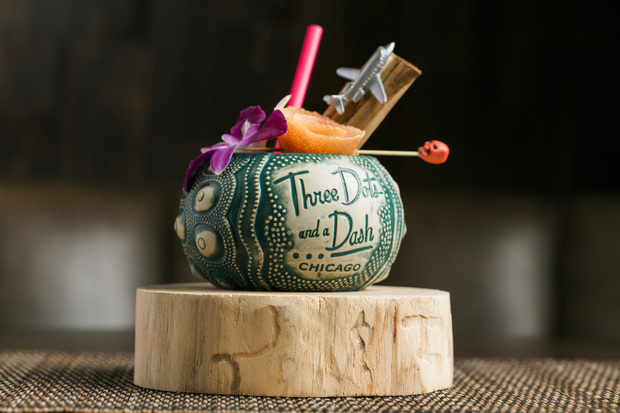 Hide from any blustery fall weather with a cocktail in your hand. While there are too many standout bars to list, but we can recommend a few for the ‘gram.

Direct whiskey-drinkers to The Milk Room, a former speakeasy that’s located in the Chicago Athletic Association Hotel. Pick up some tiki drinks from Three Dots and a Dash or Lost Lake, and consider the Green Mill or the California Clipper for historic interiors that beg to be photographed.

Don’t forget you can also go straight to the source by touring some of the city’s leading distillers such as CH Distillery or KOVAL. And if you’re more at home in a taproom, head straight to any of Chicago’s burgeoning craft breweries.

@its.ivann | 2019 will be the Year of #ChicagoTheatre. What shows have you seen in Chicago? #ChicagoHome

There are more than 200 theaters in the city, including five Tony award-winning companies, and the venues are just as breath-taking as the shows on stage.

The new season of Broadway in Chicago includes Roald Dahl’s Charlie and the Chocolate Factory, Hello, Dolly!and The Book of Mormon. Trust us—a HamiltonPlaybill is always a cool addition to your Instagram feed.

Best of all, many of Chicago’s historic theaters, including the James M. Nederlander Theatre, Auditorium Theatre and Chicago Theatre, offer behind-the-scenes tours, which is where your very best Instagram moments are bound to happen.

Alternatively, practice the perfect smile at one of Chicago’s star-making comedy clubs. Second City is known for harvesting future stars – think Tina Fey, Stephen Colbert, Bill Murray and Chevy Chase — and you’ll laugh until you cry at iO Chicago, Zanie’s, ComedySportz and the Annoyance Theatre, to name a few.

Check out 10 hot shows to see this month.

Cooler weather means that the NBA, NHL, and NFL seasons are ready for game time, and you can see your favorite teams square off in Chicago. Snap a photo with Michael Jordan at the United Center atrium, or post a photo from iconic Soldier Field.

Historic Wrigley Field, with it’s iconic marquee and lovely ivy-covered walls, is one of the most-Instagrammed venues in the city. You can take a tour of this historic ballpark for even more photo ops.

Feeling nostalgic? The Chicago Sports Museum houses some of the city’s most revered sports memorabilia, as well as immersive exhibits that will put you center court for your Instagram moment. 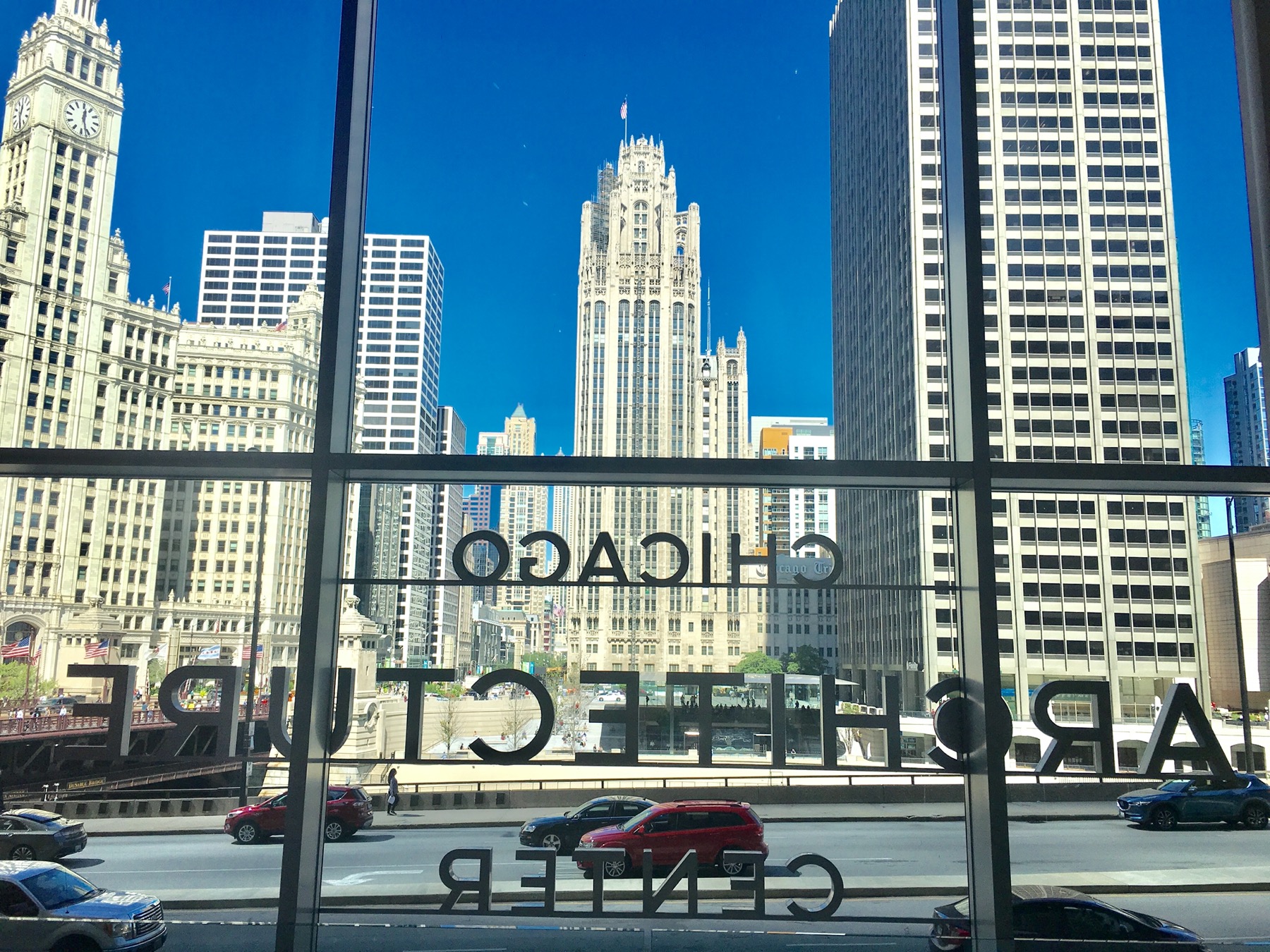 Some of Chicago’s best art and architecture events happen in the fall, and this year, we’re debuting two of the most stunning attractions along the Chicago River.

For two hours each night, Art on theMART will light up the façade of one of Chicago’s most expansive buildings. Local artists are designing light sequences that project across the river onto theMART (formerly the Merchandise Mart), creating the world’s largest digital display ever.

The new Chicago Architecture Center is also a must-see this fall. Learn about Chicago’s extensive role in the evolution of the skyscraper (did you know the first ever skyscraper was built here?)—and how the city is shaping the architecture of the future. Sitting right on the Chicago Riverwalk, you’ll also get great views of the iconic Wrigley Building and Tribune Tower from the Center’s Mies van der Rohe designed building.

For Anastasia Straley, moving to Chicago was a dream ten years in the making. She moved to the city in 2016 to join the Choose Chicago team after sprinkling stints her life throughout the Midwest and the South. As a visitor, she fell in love with the city’s constant creative energy and accessibility to world-class arts, architecture and public spaces; as a resident, she still adores those things—she just gets to talk about that (and so much more) all the time on social media. Get in touch with her personally as @arstraley on Twitter. 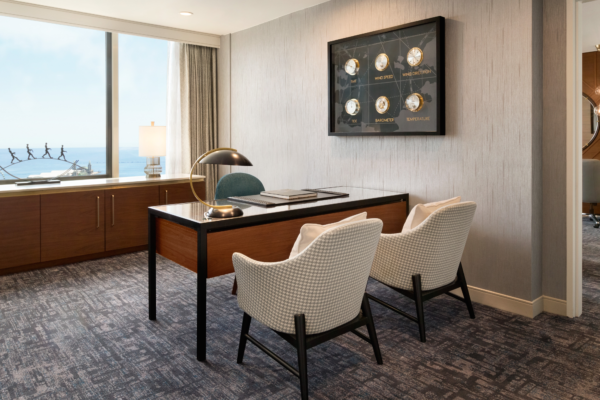 Working from home? Make a Chicago hotel your office for the day

As the city continues to reopen, many Chicagoans still haven’t returned to the office full time. Working from home is a great, responsible option for… 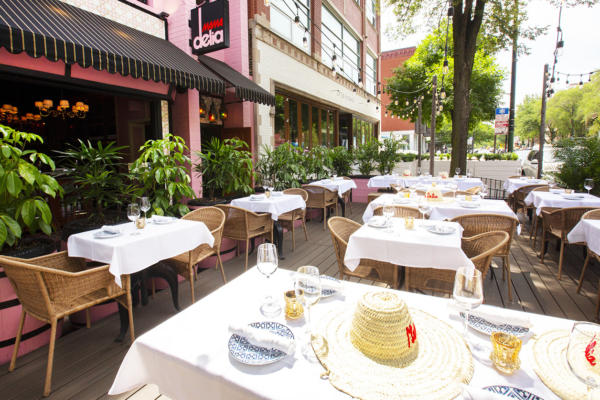 While this year has been a hard one for the restaurant industry, there’s still some bright spots for the local dining scene. New restaurants and…

Remember drive-in movies? The old-school open-air theatres are having a renaissance, since staying in your car is a great way to get out while social…

Chicago’s diverse array of museums are a treasured part of the city’s cultural scene, and they’ve been sorely missed the past few months. As the…

Taste of Chicago To Go 2020: Experience the food fest at home

The Taste of Chicago is one of the city’s signature summer events. While the massive food fest is on hold this year, you can still…

Chicago is open and ready to welcome visitors back to our amazing city. During this time, there’s nothing more important to us than your health…

Things to do in Chicago’s Humboldt Park neighborhood

Summer is the absolute best season to explore the Humboldt Park neighborhood. The vibrant area puts their Puerto Rican heritage on proud display, from the… 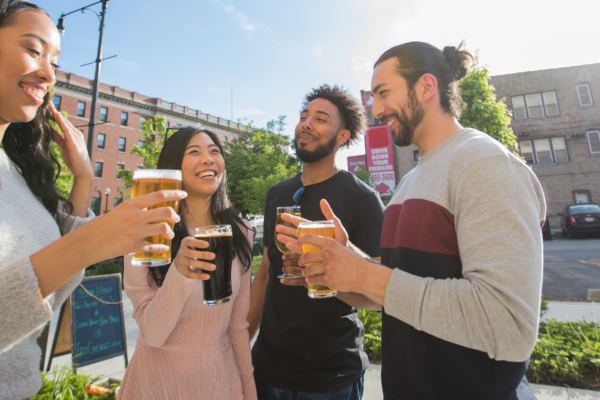 It’s time to raise a glass because Chicago’s bars and breweries are reopening for outdoor seating. That means you can soak up the summer sun…